Ecuador vs Argentina: The White and Sky Blue will end World Cup 2022 qualification on a positive note 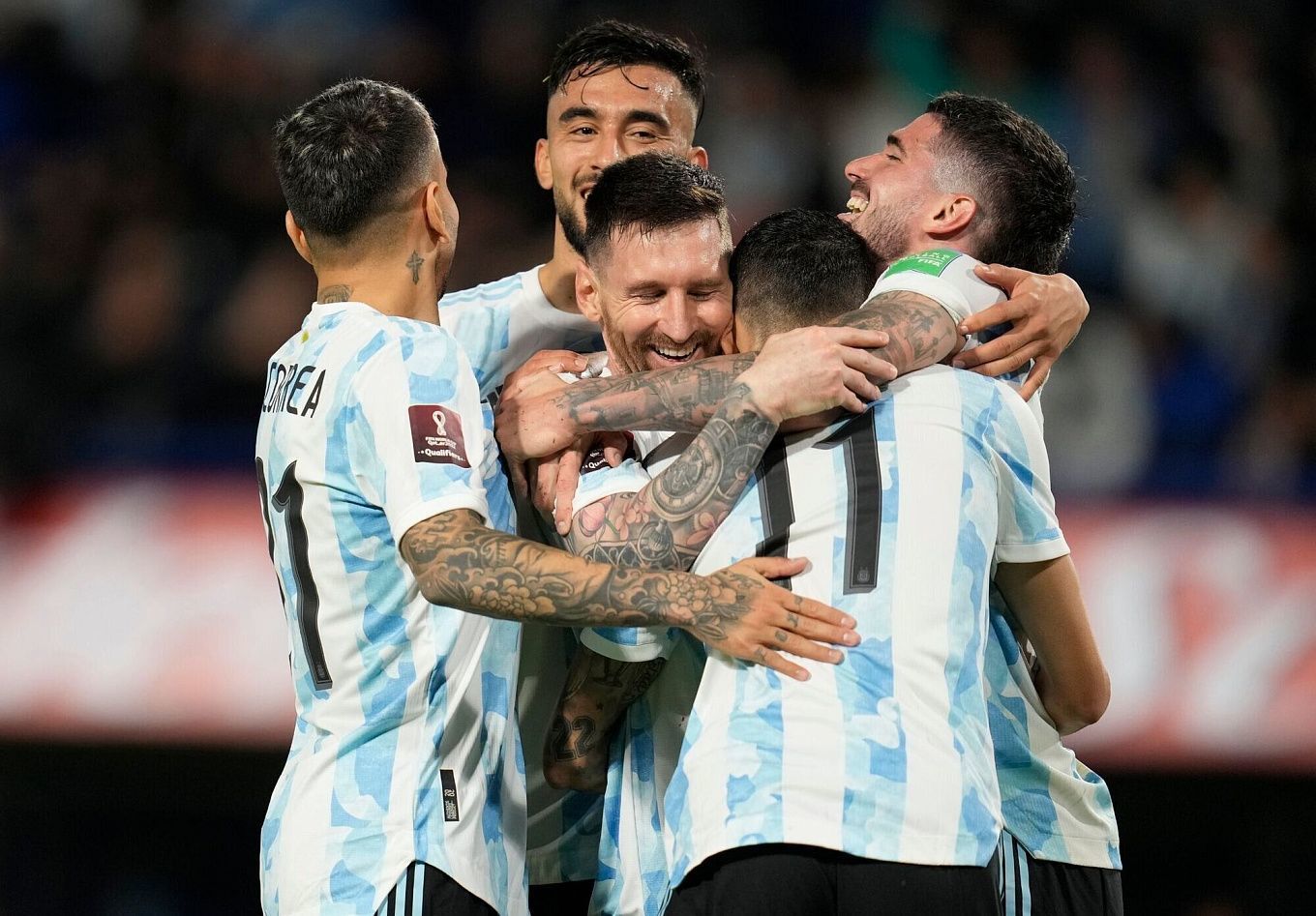 Argentina have beaten Ecuador in their last four head-to-head encounters in a row. Will Gustavo Alfaro’s side be able to break their unlucky streak? Our prediction is that the White and Sky Blue will once again be closer to success!

The Ecuadorian national team has already secured a trip to the 2022 World Cup in Qatar, and they did it after the February matches when they drew with the Brazilians and Peruvians with the same score of 1:1. Two successive draws have allowed the Tricolors to take their unbeaten streak to five games in qualifying, which has proved decisive in the battle for a trip to the World Cup. Yes, in the last round, Gustavo Alfaro’s charges suffered an away defeat against Paraguay - 1:3, but in the global sense, it did not hurt them. Now the Ecuador national team шы sitting in third place in the standings, and only Uruguay can get ahead of them, but it will not prevent them from travelling to Qatar.

The Argentinian national team is another team that has guaranteed their participation in the World Cup 2022, and they did it a long time ago. Lionel Scaloni’s side has had a near-perfect run of qualifying, claiming 11 wins and five draws in 16 games. In the last round, the White and Sky Blue beat Venezuela 3-0 thanks to goals from Nicolás González, Angel Di María and Lionel Messi. Argentina are currently sitting second in the standings, four points behind Brazil, but one of their head-to-head encounters has yet to take place.

History of head-to-head encounters between Ecuador and Argentina

In their history, the teams have played 31 face-to-face games. The Ecuadorians have won four games; the Argentines have been stronger in 20 and there have been seven draws. The goal difference also favours the White and Sky Blue, 83-27. The opponents have met once in this year’s World Cup 2022 qualifying tournament, with Argentina claiming a 1-0 win.

Argentina are a historically very uncomfortable opponent for the Ecuadorians. In 31 official face-to-face meetings, the Tricolors have only managed four victories (13%), which is a very modest figure. The White and Sky Blue have won four of their previous four fixtures by a combined score of 13-2, which only confirms the difference in class between the opponents. Both teams have now guaranteed a trip to Qatar, so they have no extra tournament motivation, and the visitors are much stronger on pure skill level. We can place our bet on Argentina’s victory for 1.95.

Argentina’s World Cup 2022 qualifiers have not only been very successful, not suffering a single defeat in 16 games, but also conceding very few goals. We have every right to expect a solid scoring performance from this encounter, as both teams are equally adept at attacking. The White and Sky Blue have scored 26 goals in 16 games (1.63 goals per game on average), while the Ecuadorian side has scored the same 26 goals in 17 games (1.53 goals per game on average). Considering the absence of tournament motivation, Total Over 2.5 goals for 2.67 seems to be the best option for our prediction.

Lionel Messi continues to score goals for Argentina. Yes, for PSG he has not yet shown impressive game, having marked in 18 matches of the championship of France, only two goals, but in the national team shirt, he transforms. He has already scored seven goals in 15 appearances for the World Cup 2022 qualifiers and scored against Venezuela in the last round. The 34-year-old will try to finish the qualification in sole possession of the first place in the race of scorers among the Argentines, so it is worth looking at a bet on the Lionel Messi goal for 2.69.