El Salvador vs Costa Rica: a Close Win for the Visiting Team 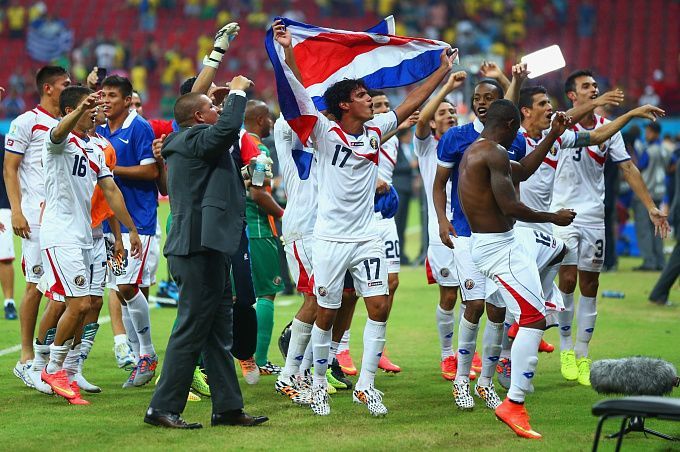 Costa Rica still has a small chance to qualify for the World Cup 2022. In any case, the visiting team needs a victory over El Salvador to maintain a place in the top-4 CONCACAF zone, which will allow Costa Ricans to play a couple of knock-out matches for the right to represent their continent.

After 12 rounds, El Salvador is in sixth place, nine points behind Costa Rica. Everyone unsderstands it - the Salvadorans have already lost their chances even for the final fourth place. This means that the upcoming match for the national team of El Salvador is a training session with increased responsibility and the coaching staff can without hesitation try out in the upcoming game experimental composition. El Salvador has only sixth home statistics and one victory in six games in the World Cup qualifiers with a goal difference of 2:5.

Costa Rica has a very opposite motivation for the upcoming meeting. Before Week 13, they occupy fourth place with 19 points being three points behind Mexico and the States in two rounds before the draw's end. Panama is trailing Costa Rica by one point. The fourth place allows to play in the knockout rounds against a team from another continent with a 50/50 chance. Costa Rican has a 5-match unbeaten streak, the last time the hosts lost to the Canadians in November 2021 and since then they claimed four wins and a draw with Mexico on the road. Costa Rica's away stats are fourth in the draw, just one win with three tries and two defeats, a goal difference of 2:3.

The El Salvador-Costa Rica pairing is fairly under, although in the first round match played in Costa Rica, the teams scored three goals, with the hosts winning 2:1. Before that, however, the team had been satisfied with a draw in five games. El Salvador's at home and Costa Rica's away team draw have often reached TU. Much indicates that the upcoming match will not be rich in goals.

If the upcoming meeting is likely to be unproductive, we only need to determine the outcome. In terms of motivation it is obvious that the advantage on the side of Costa Rica, which retains a good chance to secure a knockout rounds place. However, to save their position, Costa Rica needs to beat El Salvador.

We predict: a win for the guests and a draw. This means that only two options - 0:1 and 0:2 and we have to settle for one of these two.