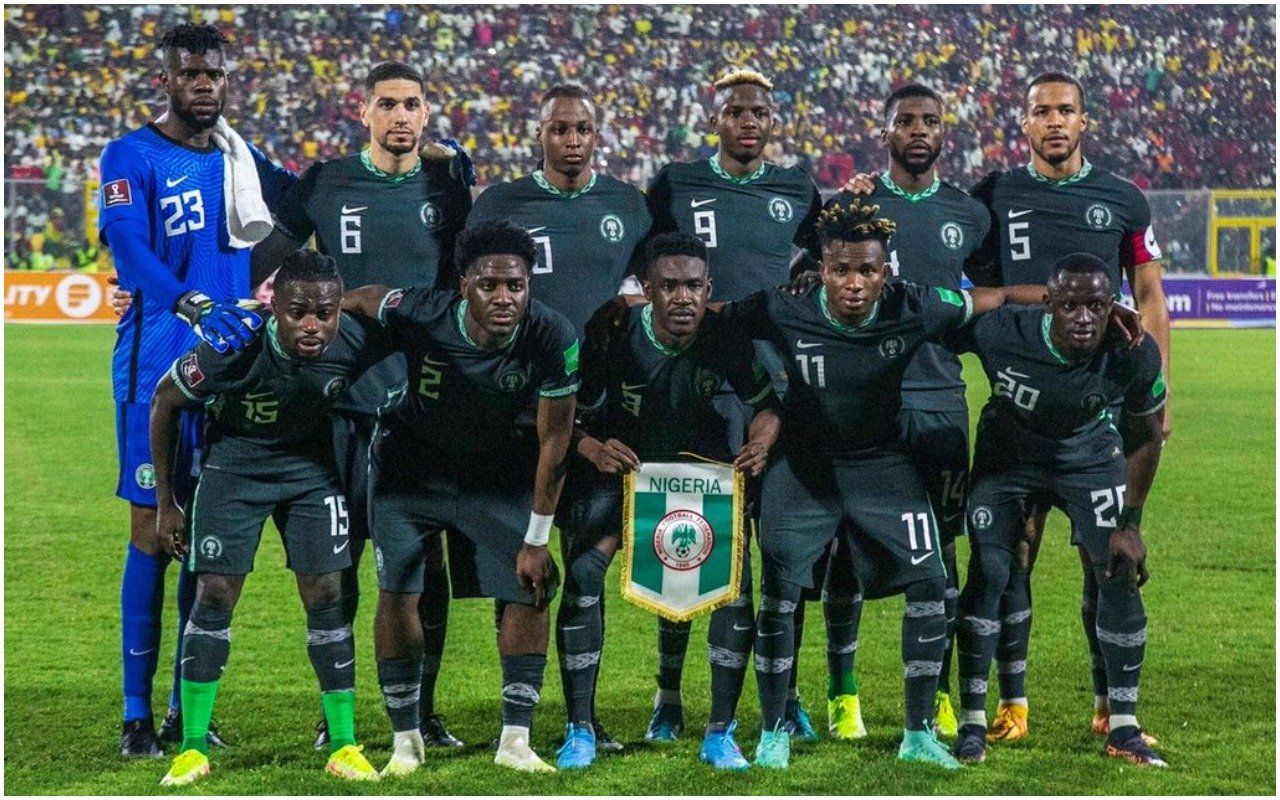 The Super Eagles of Nigeria will battle it out against the Black Stars of Ghana in one of the biggest rivalry matches in the history of National Football at the MKO Abiola Stadium on Tuesday. Both teams have had a disappointing outing at the AFCON tournament and are presented with another opportunity to rewrite their mistakes.

They topped Group D with nine points and finished as one of the best out of group stages but were carried away against Tunisia in the quarter-finals as the Northern African side defeated Nigeria with a 1-0 scoreline.

After failing to hit the target against Ghana , the Super Eagles of Nigeria were lost in the midfield and couldn't withstand the brilliance of Thomas Partey in the middle of the pack, the absence of Wilfred Ndidi denied the visitors a win in Kumasi.

Nigeria are blessed with talented wingers and strikers, however, their wingers lacked the cutting edge against Ghana and failed to deliver quality crosses into the box . If Nigeria is to get a good result here then they need to up their game.

Ranked 32nd in the world, they have won three times and drawn twice in the last five matches.

The Black Stars of Ghana had an underwhelming performance at the just concluded AFCON tournament and that will go down as the worst trip ever in the history of their outings.

They finished rock bottom in Group C in a company that has Comoros, Gabon and Morocco. They finished the group with one point from a possible nine.

They were very impressive against Nigeria but failed to convert any of their chances against the Super Eagles. The match ended in a toothless 0-0 scoreline as both teams failed to put the ball at the back of the net.

Rated 61st in FIFA World ranking and coach Otto Addo who will be supported by the service of former Newcastle and Brighton coach Chris Hughton and they need to hit the ground running to ensure they come off with a good result against Nigeria.

Judging by the first leg, Ghana wanted the match more than the Super Eagles of Nigeria though Nigeria were unlucky not to have been awarded a penalty.

It's going to be a different ball game when both teams meet in Abuja as the home team will be backed with home support. Nigerians happen to be one of the best countries who love the game of soccer and we believe they will qualify for the world cup in Qatar, bet on Nigeria win for 2.01.

This is a Derby match against two countries who share borders and it's going to be a battle to finish when they meet.

We expect a more creative Ghana side when they face the Super Eagles of Nigeria and home advantage matters sometimes in football, however, bet on over 1.5 for 1.72.