Portugal vs Serbia: The Portuguese to go straight to Qatar

Group stage. Round 10. Group A 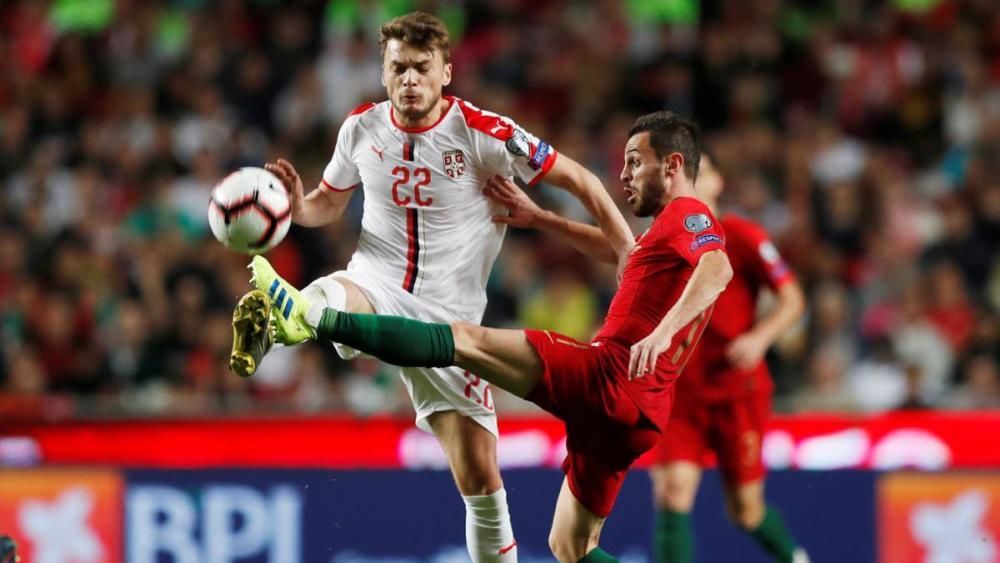 The decisive match in Group A, which will determine who will go straight to Qatar, and who will face the knockout rounds. Below you will find out if Cristiano Ronaldo and Co. will qualify for the World Cup, or will the answer to this question be known later.

The Portugal national team continues to lead the Group A standings with 17 points. However, the Serbs have the same number of points. In addition, they scored the same number of goals (16) but conceded less (4 vs 8). Fernando Santos' team has not experienced much trouble in the games against Luxembourg and Azerbaijan. On the other hand, they got burned away by the Serbs and the Irish in the last round. Therefore, everything will be decided at the Estadio da Luz.

The Serbia national team is having a terrific qualifying cycle, behind the Portuguese only in extra points. Therefore, they are going to Lisbon only for a win. The Serbs have suffered point losses in the same place as the Portuguese, in Ireland. The victories were won over the same teams, but with a lot of effort, even in Luxembourg where they had to work hard to get three points. That is why the Portuguese are leading the group, but the Serbs are able to play on willpower, as they should have seen in the first meeting.

Portugal and Serbia have met 7 times. The Serbs have never defeated the Portuguese, but they have drawn four games and lost three times. In the first-round match, the Serbs were also close to defeat but managed to escape from it, losing 0-2 throughout the game. Diogo Jota made a double, while Aleksandar Mitrovic and Filip Kostic scored a goal each for the Serbian national team.

In addition, the teams have faced each other in qualification for Euro 2020. Strangely enough, the match in Portugal ended in a 1-1 draw, while the return game in Serbia ended in a 4-2 victory for the Portuguese.

We believe that Portugal will get the desired result on home soil, namely a win. We also think that there will not be many goals scored, as the Portuguese will try to shut out the game in case of opening the score. As a result, we suggest betting on Portugal To Win + Total Under (3.5)for 2.34 from 1xbet.

We also believe that we will see goals at best only in one of the halves, as it is likely to be a struggle until the first goal. Bet365 gives odds of 2.28 for this betting option.

In conclusion, we are inclined to believe that no more than one yellow card will be received in the first half, as the referees save them for the second half. Moreover, the last face-offs saw no more than 4-5 yellow cards per match. Therefore, we recommend you bet Yellow Cards Total Under 1.5 1 Half for 2.07 from betway.