Senegal vs Egypt: The Lions of Teranga will grace Qatar 22. 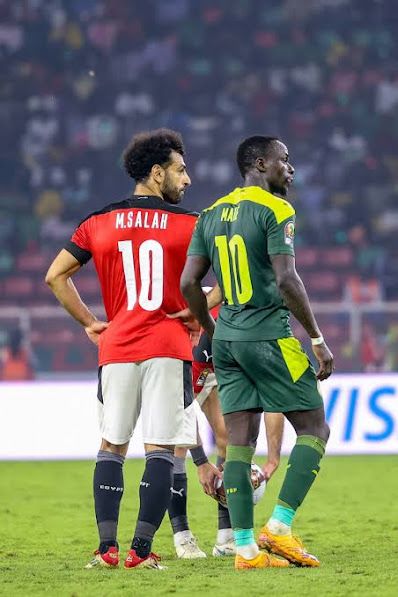 The Lions of Teranga will lock horns with the Pharaohs in a clash that means everything to both teams. It will be a total embarrassment if Senegal fails to qualify for the world cup as the present holder of the AFCON trophy. The return leg will be more about a defensive exhibition for the Egyptians while Senegal will surge out to cancel the goal deficit.

The AFCON reigning champions are full of confidence heading into this match, they were the best team at the just concluded tournament having beaten Egypt in the final, they were also the best defensive team with just two goals conceded throughout the competition.

The newly-crowned African champions Senegal head into this match after an unlucky defeat against Egypt in the first leg. Saliou Ciss was the culprit as Mohammed Salah's shot went into the back of the net through Nancy's left-back.

Senegal will bank on their home form to see off a well defensive organized Egypt side on Tuesday. This match is more than any other match for the players as the home team have to be at their best if they are to get anything from this match.

Senegal are the best team in Africa and are 18th overall best National team in the world according to FIFA. The Lion of Teranga are unbeaten in the last eight matches at home and have won seven and drawn one in that process.

The Pharaohs will be gutted not to have won the AFCON trophy as they were beaten by the Lions of Teranga in the final at Paul Biya Stadium two months ago.

Their primary tactic is to always prevent the opponent from scoring in the 90 minutes, buy more time and overwhelm them in the extra minutes, unfortunately, it didn't work out for them against Senegal as they were defeated on penalties in the final.

They are halfway to Qatar after a 1-0 win in Cairo, Mohammed Salah's deflected shot was enough to give the visitors the edge over the home team.

Egypt are 34th on the FIFA ranking and have only lost once in the last five matches.

Before last week, Senegal have defeated the away team three times in a row with Egypt not scoring in any of those ties.

The first leg was a bit unfortunate for Senegal, despite playing away from home, they still managed to control the game more than the home team.

Any side that has Mohammed Salah will be dangerous regardless of who they are playing against but we believe if Egypt can Win in Cairo then Senegal should be able to do so in front of their home fans, nevertheless bet on Senegal to qualify for 2.76.

Bookies believe there won't be many goals here but we think otherwise, we believe they can still manage to deliver over 1.5 for 1.72.