Uruguay vs Peru: The Sky Blue will play at their best 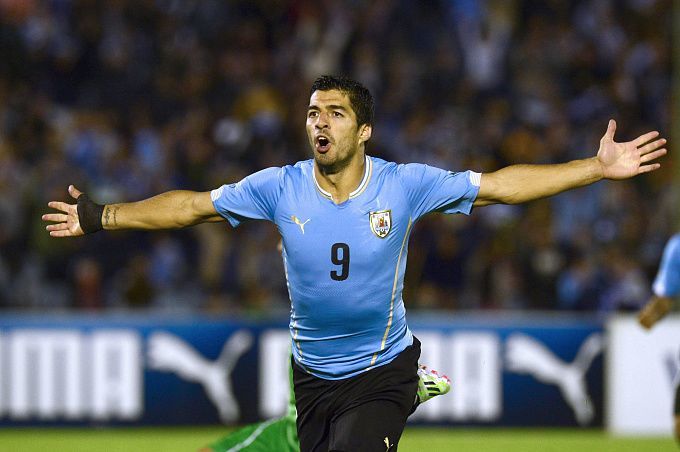 Uruguay and Peru drew 1:1 in the first head-to-head encounter of the current World Cup 2022 qualifying round. Will the opponents be able to decide the winner of the upcoming match? Our prediction is that Sky Blue will be stronger this time!

The Uruguayan side has a very tough qualifying tournament for the 2022 World Cup. Hardly anyone would have guessed that the Sky Blue would finish qualification under Diego Alonso, as the legendary Oscar Tabarez worked with the national team for a decade and a half before. The Uruguayans suffered a four-match losing streak in the autumn, after which the 75-year-old resigned. The change of coach helped them as the next two games were crucial victories over Paraguay and Venezuela, with a score of 1:0 and 4:1, respectively. The six points enabled the Uruguayans to return to fourth place in the standings, which would give them a direct trip to the 2022 World Cup.

The Peruvian team didn't qualify for the World Cup from 1986 to 2014, but they still qualified for the 2018 World Cup. In Russia, the Red and Whites failed to qualify from the group stage, but they have gained experience that allows them to qualify for the trip to Qatar. The Peruvians' qualifying debut was very poor, as they scored only one point in their opening five games. Gradually, they improved, and in the last four rounds they have won three games, with one draw. That strong run helped the Peruvian side finish fifth in the standings, a place to go to the qualifiers for the 2022 World Cup.

Uruguay is one of the most pragmatic national teams in South America, with Diego Godin and José-Maria Jimenez still playing in defence. With qualification for the 22nd World Cup ending, they can forget about spectacular football and take three points to guarantee a trip to Qatar. As a result, we're betting on Uruguay to win for 1.59.

Of course, we should not expect a high level of goal-scoring activity in the upcoming encounter. It is enough to look at the statistics for Uruguay and Peru in the current qualifying tournament, where both teams have a modest output. The Sky-Blues scored just 19 goals (1.19 goals per game on average) in 16 games, while the Red and Whites scored 17 goals (1.06 goals per game on average) over the same distance. The game will be played in the penultimate round of qualifying, and Uruguay and Peru are direct rivals for a trip to Qatar. That's why we consider total under (2) for 1.98.

Luis Suárez is having his worst season at club level in a decade. In 28 appearances for Atletico Madrid in the Spanish league, the 35-year-old has scored just nine goals. Nevertheless, in the national team shirt of Uruguay, he continues to operate productively, marked in 12 matches already seven goals, which allows him to go second in the strikers' race of qualifying for the World Cup-2022. In such a situation, we suggest betting on Luis Suárez's goal for 2.30.