USA vs Panama: Will the States Crash Panama Again? 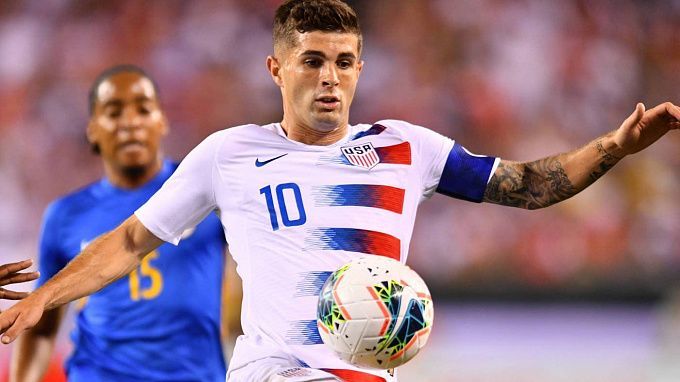 Within the 13th round of World Cup 2022 CONCACAF qualification, the U.S. national team will face Panama. The match is very important in terms of the tournament and both teams are highly motivated. The Americans are doing everything they can to keep their top-3 place, while Panama is trying to overtake the Costa Rican team, which is in the zone of elimination matches.

In 2022, the U.S. national team played four matcheы within qualification for the World Cup. The States lost 0:2 Canada and drew 0:0 with Mexico. At home, they defeated El Salvador and Honduras, 1:0 and 3:0, respectively. That's why the U.S. team occupies second place with 22 points. Two rounds before the end of the tournament the Mexicans have the same number of points, the Canadian national team has three more, three less - Costa Rica. Home statistics for the United States is second in the group, only Canada is better, and that's because of goal difference. Overall, in six home games, the U.S. national team scored 16 points: five wins, one draw and a goal difference of 13:3.

Panama's 2022 national team played the same four official matches. However, the Panamanians lost both away games: 0:1 to Costa Rica and Mexico. The home statistics of the team was much better: a 3:2 victory over Jamaica and a 1:1 draw with Honduras. Panama is in fifth place in the standings with 18 points. The Panamanians are one point behind Costa Rica, which is in the playoffs zone. It is four points behind Mexico and the United States, which have tickets to World Cup. Obviously, even a draw will not satisfy Panama in Monday's match. Their away statistics are fifth in the group, with two wins and four defeats in six games on a 7:9 goal difference.

We found out that Panama has had troubling results in games in the United States. Given the high motivation of the Americans and the fact that they are in good shape, we can assume that the winning streak of three home games against Panama will continue. The USA national team has won the three last home games against Panamanians very confidently, the total score over 2,5 has been reached in each match.

In the last two games, the American team has defeated the Panamanians by a -2.5 scoreline. We will not be surprised if the USA gets a blowout win again.