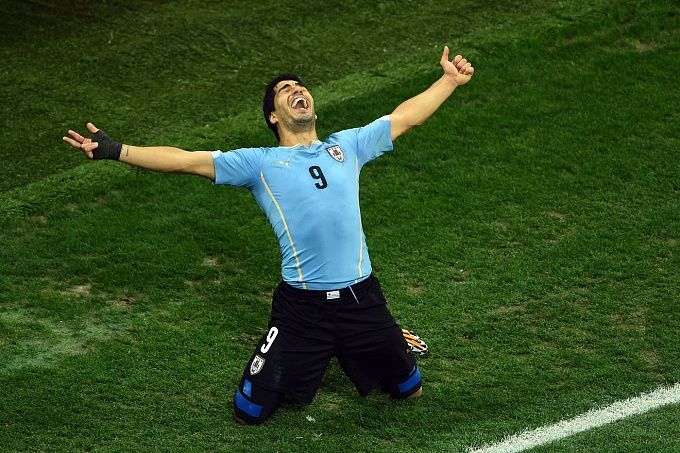 On November 24, 2022 FIFA World Cup starts for Group H with the match between Uruguay and South Korean. We present you a prediction for the upcoming match, also telling you what to expect from the other five matches in the group that also features Portugal and Ghana.

Uruguayans to prove stronger than Portuguese, both teams to qualify

According to bookmakers, the main favorite of Group H is Portugal, yet everything is not so clear. Cristiano Ronaldo, who is the main star of the national team, splashed out on high-profile interviews before the start of the 2022 World Cup instead of preparing for the tournament. He has little playing time this season, so his form is far from ideal, and the other forwards in the national team certainly look just as good as the veteran, which will force Fernando Santos to make tough decisions. It will be hard for his players to show their best soccer, so it is worth looking at the bet that the Portuguese team will not take first place in the group for 2.395 at 1xbet.

Another real contender for first place in the group is Uruguay, which has experienced a historic event in the course of the World Cup 2022 qualification: after a streak of four straight defeats the legendary Oscar Tabarez, who worked with the national team for a decade and a half, resigned from the national team. As it turned out, the decision was absolutely correct, since his successor Diego Alonso won all four subsequent games, making it into the final part of the Mundial. The Sky-Blues are coming to Qatar with an extremely experienced and skilled squad that can handle big challenges, and you can bet on Uruguay to take 1st place in the group for 3.00 at Betway.

South Korea is a regular participant in the world championships. The last they did not qualify for the World Cup was back in 1982, after which the Tigers of Asia have been present nine times in a row. Another matter is that only twice in that stretch they managed to get out of the group, and once, at the home World Cup where they managed to reach the semifinals. Since then, alas, their results have been in decline, so even now we should not expect miracles. Moreover, Son Heung-min, their main forward, has missed the last few weeks due to an eye injury and it is unlikely that he will be in the optimal condition now, so you can bet on South Korea’s Total Under (2.5) goals in the group for 1.90 at Betway.

The national team of Ghana is going through not the best times. The Black Stars have only made it to the Mundial three times in their history, and all three times were consecutive, from 2006 to 2014. Moreover, at the World Cup in 2010, they even established a historic achievement for African national teams — they reached the quarterfinals but never made the semifinals for the legendary episode with the hand of Luis Suarez and a missed penalty from Asamoah Gyan. Twelve years later, the Ghanaians will have a chance of revenge, but the level of the squad is too modest to seriously count on it. That suggests we should bet on Total Under (2.5) points scored by Ghana for 1.80 at 1xbet.

Group H is a quartet with two clear favorites who are very likely to continue in the playoffs at the FIFA World Cup 2022. South Korea and Ghana are two mystery teams with only a handful of top-level players, but they are always ready to take advantage of their rivals' misfires if they underestimate them, as they have done to their rivals in past World Cups. If that does not happen, Uruguay and Portugal should qualify without too much trouble, and Betway offers to bet on such a scenario for 1.90.

The Uruguayan team is known for its excellent defense. The brightest proof of this is their performance at the 2018 World Cup in Russia, where they conceded exactly zero goals in three group stage matches. And after the change of the head coach, they missed only once in four games of the 2022 World Cup Qualifying. The World Cup in Qatar will bring a well-matched pair of central defenders Godin and Gimenez who will again chew up the opponent's attacking impulses. And the remaining players are able to play reliably near their goal, so we should consider on Uruguay’s Total Under (2.5) Conceded Goals for 2.25 at 1xbet.

On the Uruguayan national team, it is Federico Valverde who deserves special attention. The player is having a great season with Real Madrid. If he played 31 matches in the last Primera Division and did not score any goals, the 14 matches of the current championship have already seen him score six goals, plus two goals in the Champions League.This is why it is worth betting on his Total Over (0.5) goals for 5.00 at Bet365.

In addition, Rafael Leao must also show himself at the 2022 World Cup, who currently plays even more productively than Cristiano Ronaldo himself. You can bet on the AC Milan’s forward’s Total Over (0.5) goals in the group for 1.85 at Coinplay.