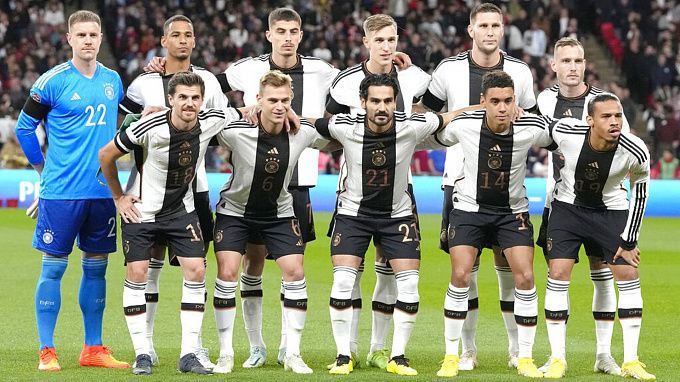 Team Germany is one of the Group E favorites at the World Cup in Qatar, despite there being also Spain in the quartet. By the way, recently Germany has not been very good in the matches against Spain. If we take the official matches, then in the last five: +3=2-0 in favor of Furia. So there are doubts that the German team will be able to make the playoffs from the first place. Let's take a look at Germany's chances at the 2022 World Cup.

Bets on Germany vs Japan on November 23

Taking into consideration that the Spanish team is in the same group with Germany, the Germans definitely need to take six points in the games against Japan and Costa Rica to make the playoffs for sure. The German team has played twice against Japan, in 2004 and 2006: a 3-0 win and a 2-2 draw respectively. As for the current form, the German national team could not win their group in the UEFA Nations League 2022/23, losing the superiority to Italy, but they still defeated Italy at home 5-2.

The Japanese have had good results recently, the Asians have not lost since June 2022 when they played against Tunisia, and have not conceded since then, winning three times with two draws. Obviously, Team Japan's defense is in full order, which means that the Germans may have problems in the opening match of the World Cup. We think that a higher class of the German team will do its job, but we don't expect high efficiency from the forthcoming match in spite of the strong attacking line on the German side.

Bets on Spain vs Germany on November 27

As we wrote above, the German national team for a long time can not beat the Spaniards in official matches. And before the next face-off, the layout is not in favor of the Germans, as evidenced by the bookmaker line. The Spanish team at the moment is not as strong as it was under Xavi, but they have a more balanced squad than the Germans as the results in the last two tournaments of the Nations League prove. The Red Fury reached the finals in the last draw and made it to the semifinals in the current one. 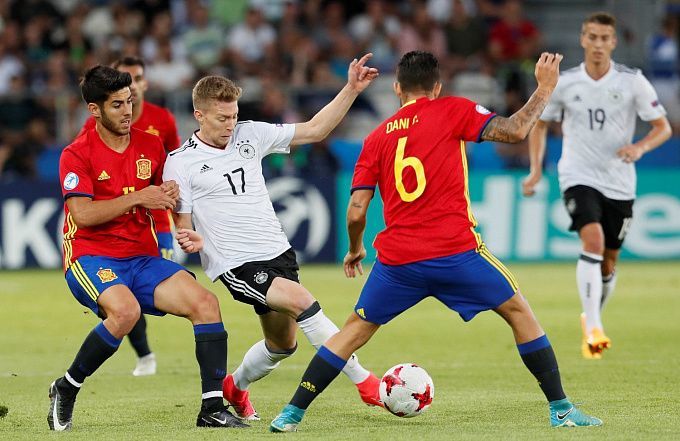 The confrontation between Spain and Germany will be one of the focal points in the group stage of the World Cup 2022, and quite possibly decisive in the fight for first place in Group E. With all due respect to the Germans, we give preference to the Spaniards who are more stable lately.

Bets on Costa Rica vs Germany on December 1

If everything happens the way we predict then the German national team will need a victory over Costa Rica to make a guaranteed playoff. Recall that Costa Rica had a hard time making it to the Mundial through the international qualifying matches. Whereas the German team had no problems with reaching the group stage of the World Cup.

Plus, the head-to-head statistics between the Germans and the team from the CONCACAF zone is favorable for the European team. The opponents had played each other in 2006 FIFA World Cup, and the German team won the match confidently (4-2). The Costa Rican national team is known for its efficiency; they scored at least two goals in six of the last eight games. And taking into account the love of the Germans to score at least three, we hope that the upcoming meeting will be rich in goals.

1xbet offers odds of 1.17 on the Germany qualifying for the playoffs, which is an 85.5% probability. Fair enough, it is highly likely that the German national team will make it to the round of 16. After all, there is no denying that the Germans are stronger than Costa Rica and Japan. Though Spain is still quoted as the favorite in the quartet to qualify out of Group E.

From an individual point of view, the German national team is similar to the Dutch national team. That is, Germany has a very strong and fairly even squad that does not have a lot of big-name stars. By and large, only goalkeeper Manuel Neuer stands out individually. Manuel is the third in the list of Golden Gloves after Brazilian Alisson and Belgian Courtois. You can bet on Neuer becoming the best goalkeeper at the 2022 FIFA World Cup for 7.00 at 1xbet. 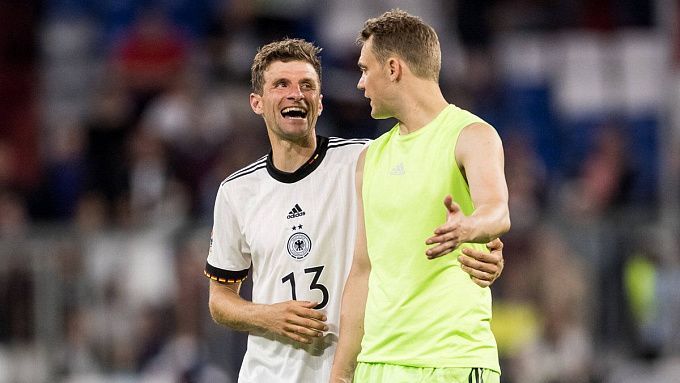 Also worth highlighting is Bayern Munich's Thomas Muller, who is seventh on the list of likely top assistmen. 1xbet gives odds of 17.00 on Thomas giving the most assists. It should be noted that Muller has already contributed three goal assists in eight games played in the 2022/23 Bundesliga, and Thomas has one assist in four Champions League games. Before the start of the tournament, Muller ranks well on the list of assists, but frankly, we doubt that the German can win this individual trophy.

We have already written about the fact that the Spanish team has been an uncomfortable opponent for the Germans in recent years if we take official matches. And even the results of the Spanish team at the official level were noticeably better than those of the German team. That said, there is little doubt that the DFB Team will make it to the playoffs of the FIFA World Cup 2022; after all, the Japanese and Costa Ricans are not that dangerous opponents. This is why we think that the German team will make the playoffs from second place in Group E.

Our prediction: Germany will take 2nd place in Group E for 2.35.