Brazil vs Serbia Prediction: Can Serbia Defeat the World No.1 Team and Start their World Cup Campaign on a High? 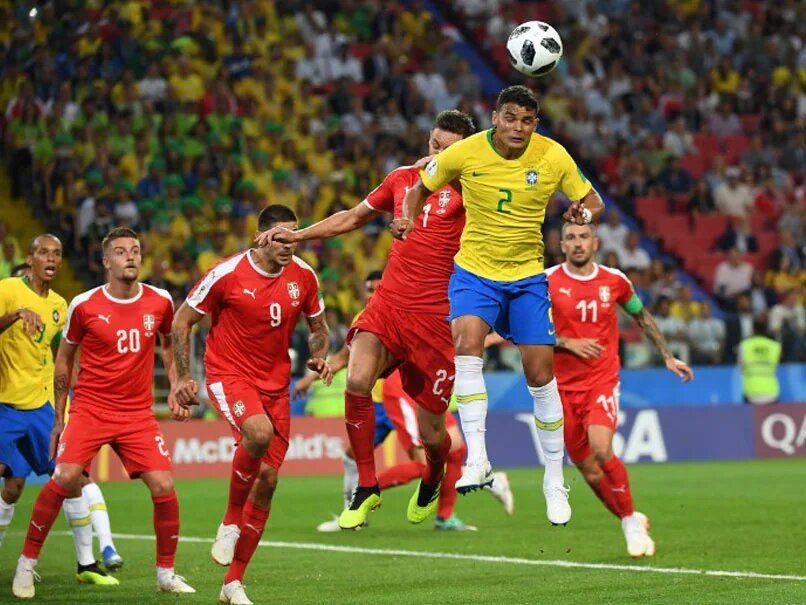 The wait is almost over for seeing the World No.1 side in action against Serbia at the Lusail Stadium in Lusail. Going in the upcoming fixture of Group G, Brazil will be confident of winning and having a clear stance towards qualification. According to the win predictor, Brazil has 66% chances to win, whereas Serbia has only 13%. The last time these two sides played against each other in 2018, Brazil won 0-2. Brazil, who are entering the tournament as the potential favorites, will look to orchestrate their best of abilities and win without trying anything tricky.

Going in the game, Brazil is coming off a 1-5 win against Tunisia in which Raphinha, Richarlison, Neymar, and Pedro scored goals. Brazil will be pushing hard with a 4-3-3 formation, with Richarlison, Paqueta, and Raphinha leading the attack. With an unbeaten run in the last 5 games played, Brazil is likely to win. Brazil is not facing any significant injury concerns going into their opening World Cup game, in contrast to so many other nations. Despite having slight concerns, Alex Telles and Bruno Guimaraes are anticipated to be fully fit to play alongside the rest of the team.

Serbia - Fitness of Aleksandar Mitrovic is Under Observation (WWWDW)

Despite being ranked 21st, Serbia seems in fantastic form this season as it managed to sweep a roaring win against Bahrain (1-5), in which Dusan Tadic, Dusan Vlahovic, Filip Djuricic, and Luka Jovic scored goals. Serbia vouches for the 3-4-2-1 formation, with Jovic leading the attack. Aleksandar Mitrovic's health, who hasn't played for Fulham in almost a month, is Serbia's main concern. Despite his incredible scoring record on the international level, he may start the game on the bench due to his lack of playing time. The starting lineup should include Dusan Tadic, Filip Kostic, Dusan Vlahovic, and Sergej Milinkovic-Savic since they represent the pinnacle of European football.

Apart from all the previous stats, the upcoming game is expected to be a ripper of a contest, with both sides having a clear approach to win. The game total is expected to be over 2.5 goals and both sides to score. Brazil might feel a little pressure to start well and win, however, Serbia will be playing their very natural game.