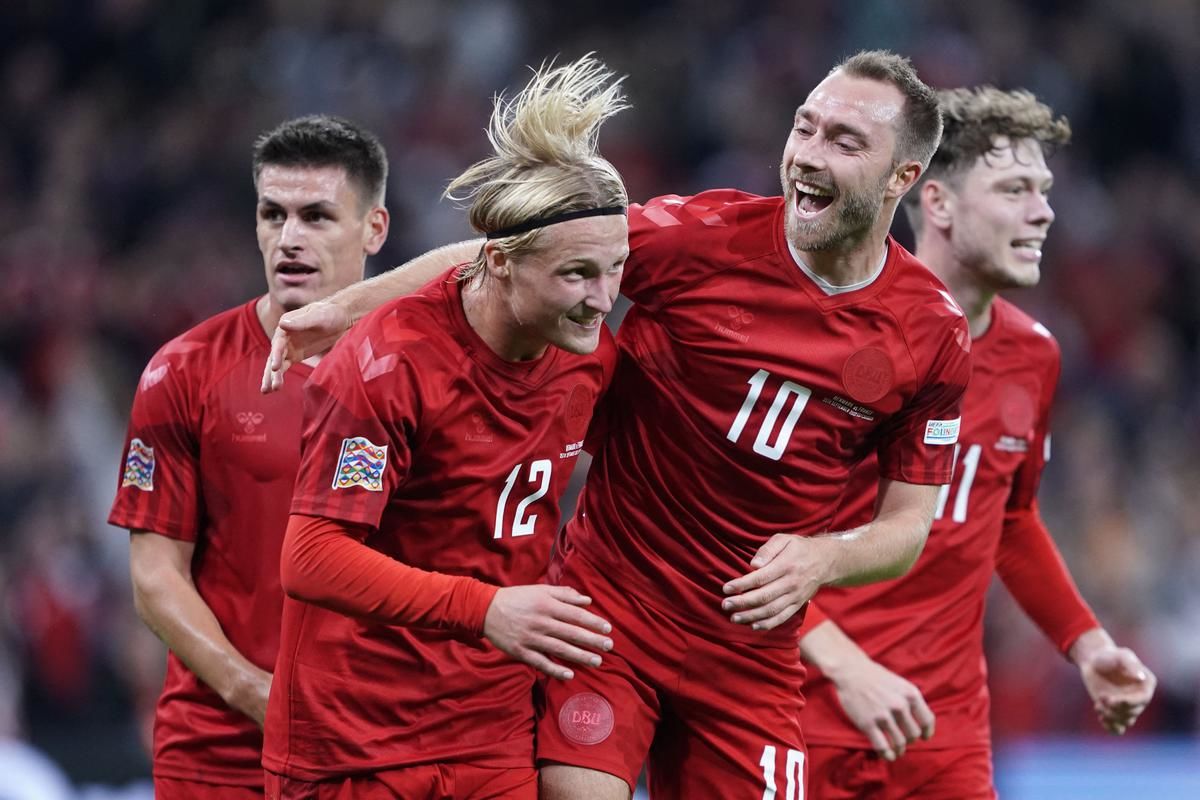 The Red and Whites kick off their World Cup campaign with a matchup against African colossus Tunisia at the Education City Stadium. Kasper Hjulmand's side has been a joy to watch in recent matches and head into this encounter as the clear favourite. At the same time, Tunisia will be hopeful for an excellent finish after a disappointing outing in Russia 2018.

Danish Dynamites will compete in their 6th World Cup tournament, with their best finish being a quarter-final in France 1998. They almost replicated such a feat in 2018 but bowed to a defeat against Croatia on penalties.

Denmark were close to having a clean bill heading to Qatar but surrendered to a defeat against Scotland in their last qualifying match. The loss means they finished at the top of the qualifying group with nine wins in ten games, scoring thirty goals while conceding just three times.

Following defeats in both legs against Croatia in the UEFA National League, Denmark failed to secure the top spot in the group but ended as a runner-up. The Dans have picked up nine points from a possible fifteen in the last five matches and have scored in five out of their previous six games.

The Eagles Carthage have struggled in this tournament just like the other African Sides and failed to get past the group stage in their last five appearances. In 2018, Tunisia finished in the third spot, three points behind England in the second spot and six points below Belgium at the top of the log.

Tunisia saw off a solid Malian side to secure a ticket to Qatar in the qualifying round. They have since lost once in their last seven games. Despite being a defensive side, Tunisia have found the back of the net in their previous five games.

Jalel Kari's side have failed to defeat any of their European opponents in the last ten games, and they have lost seven and drawn three times.

With the attacking threat of Andreas Skov Olsen and the Eriksen-Hojbjerg partnership, Denmark pose a severe problem to any team in this competition.

Tunisia are known for being a defensive side; however, they have shown they can score goals with nine goals in five matches. On the other hand, Denmark have only failed to score once in their last seven. Moreover, Denmark have qualified for the knockout stage in four of its five FIFA World Cup appearances. Tunisia have never made it out of a World Cup group stage in five attempts.

Denmark possesses robust defensive players who are well-experienced, and it will be hard for the Northern African side to penetrate. Playing down the right flank, Club Brugge winger Andreas Skov Olsen may be the most in-form player on the pitch in this match. The 22-year-old has collected eight goals and four assists across all competitions this season for the Belgian club, including a goal contribution in three of his last four Jupiler Pro League matches. We are confident the White and Reds won’t lose here; bet on Denmark to win for 1.49.

Most of the Tunisian players ply their trade in the Asian league, and we are not sure they can go toe to toe with Denmark here; bet on Denmark's halftime win for 2.05.