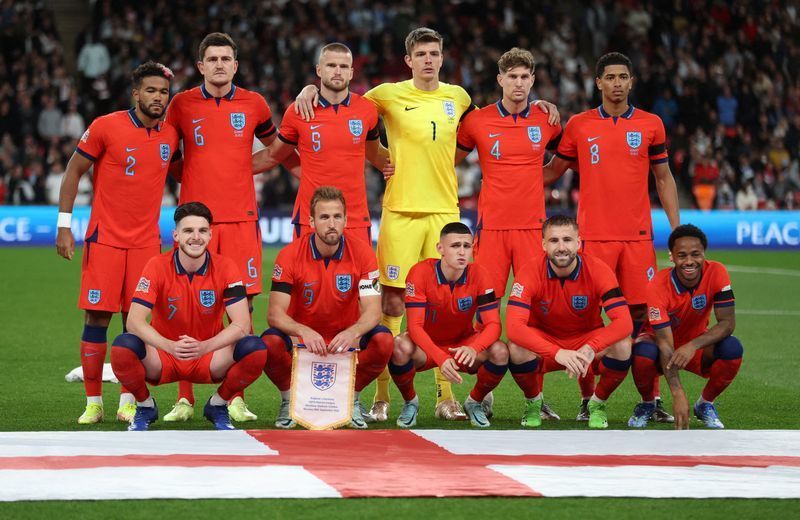 After Four Years, Two Months and Six days, the most prestigious tournament will kick off with last year's semi-finalists, England, locking horns with the Team Melli of Iran at the Khalifa International Stadium. Iran will make their seventh appearance while England head into this year’s edition, having graced the event a record sixteen times.

The Three Lions have been a regular participant in this tournament; however, they have managed to triumph once in 1966. Since their triumph in 1966, England's best results afterwards were fourth-place finishes in 1990 and 2018. They were close to another final in 2018 but were defeated (2–1) by Croatia in the semi-final after extra time. England lost out on the third spot following their (2-0) loss to Belgium and finished as the 4th best side in the competition.

England had a smooth sail securing their ticket to the World Cup with eight wins and two draws in ten games. The Three Lions scored the most (39) goals in the qualifying round, three ahead of Germany.

More recently, England failed to win any of their last six games in the UEFA Nations League competition. They lost three while sharing the spoils three times. They were knocked out of the tournament, having picked up three points from a possible eighteen.

England have selected the best English performers in different leagues to represent them in the World Cup, and we are confident they will at least make the top three this time.

Gareth Southgate's men head into this encounter with injury concerns, having lost Chilwell, Rece James and Kylie Walker simply before the commencement of the tournament.

After successfully securing the ticket to Qatar, the Persian Stars head into this competition for the seventh time, with their best result being a group stage finish. In the 2018 World Cup, Iran drew once against Portugal, lost (0-1) to Spain and defeated Morocco (1-0). They finished third in the group, with two points behind table topper Spain.

Iran almost went unbeaten in their journey to Qatar as they only lost to South Korea in all their ten matches. Iran scored fifteen goals while conceding four times and finished as the group leader with twenty-five points, two points ahead of South Korea.

In the last five games, Iran have won two, drawn once and lost twice, all in international friendly. More recently, they lost to Tunisia as a penalty from Naim Sliti, and Ali Abdi's effort gave the Carthage Eagles a 2-0 win in Doha on Wednesday after Iran defender Abolfazl Jalali was sent off.

Team Melli and the Three Lions compete for the first time, and we expect nothing but a thrilling encounter from both sides. England head into this fixture without a win in the last six games, although they scored three times and almost got fourth in their recent match against Germany. It shows they are still a prominent attacking side despite their recent setbacks, with three of the best frontmen in the competition. However, Iran have always been a defensive side and hardly concede more than two goals. Regardless of what Iran might throw at the Three Lions, they should be able to secure all the points and under 3.5 goals here for 1.70.

Harry Kane is the highest goal scorer for England in the present England squad, and we are tipping him to get on the scoresheet here for 2.07.

Due to Iran's compactness at the back, and the absence of their attacking threat, Sardar Azmoun., we expect both halves under 1.5 goals to Surface here for 2.06.