England vs USA Prediction: England Progressing with the Right Momentum 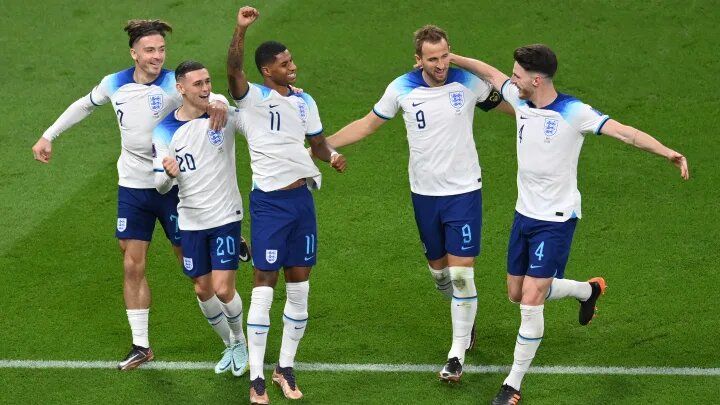 In the upcoming fixture of the Group B encounter, England will be up against the USA at the iconic Al Bayt Stadium in Qatar. Going in the contest, England is coming off a decent 6-2 win against Iran, whereas the USA is coming off a competitive draw against Wales. Both sides are equipped with solid players and team management that can upset any team in the competition and progress to the next round. The last time these two sides played was in November 2018, England won 3-0. Walking onto the field, England will be the hot favorites for winning and qualifying in the Round of 16; however, the USA will be looking to upset the home favorites.

Going in the game, England is coming off a special win over Iran (6-2), in which Jude Bellingham, Bukaya Saka, Raheem Sterling, and Marcus Rashford scored goals. Harry Kane and Luke Shaw were even spot-on with timely assists. England is likely to continue with the same 4-2-3-1 formation, with much depending on the likes of Mount, Kane, and Saka. The majority of England’s goals have come from set pieces in previous international competitions, making center-defender Harry Maguire a good pick to score anytime. If the defender receives further support from star set-piece taker Keiran Trippier, as we witnessed with Maguire’s powerful header against Iran, the USA’s defense may find it difficult to contain him once more. Maguire, a Manchester United player who plays defense, has already scored 7 goals for England in just 49 games, demonstrating exactly how dangerous he is on goal for the Three Lions.

USA - Looking to Step Up their Conventional Game Play (DDLDW)

The USA didn’t look comfortable after drawing the first game against Wales (1-1), as Timothy Weah scored the first goal with an assist made by Christian Pulisic. USA is likely to continue with the same 4-3-3 formation, with Pulisic, Sargent, and Weah leading the attack. The USA had 103 touches in the offensive third compared to Wales’ 20 in the first half, controlling 66% of the possession. Despite their dominance, they only attempted three attempts on goal, with Timothy Weah scoring on a 36-yard shot. Unfortunately, after missing their final opportunity after 39 minutes, Wales’ Gareth Bale’s penalty kick brought the score to 1-1, and the game ended in a stalemate.

USA hasn’t won an away game in its last 8 appearances, making the home team favorites to win and dominate the contest. England, who was spot on against Iran, is likely to score 2 or more goals against the USA and secure a comfortable win.