France vs Denmark Prediction: Denmark needs a draw at least in this match to make it to knockout stage 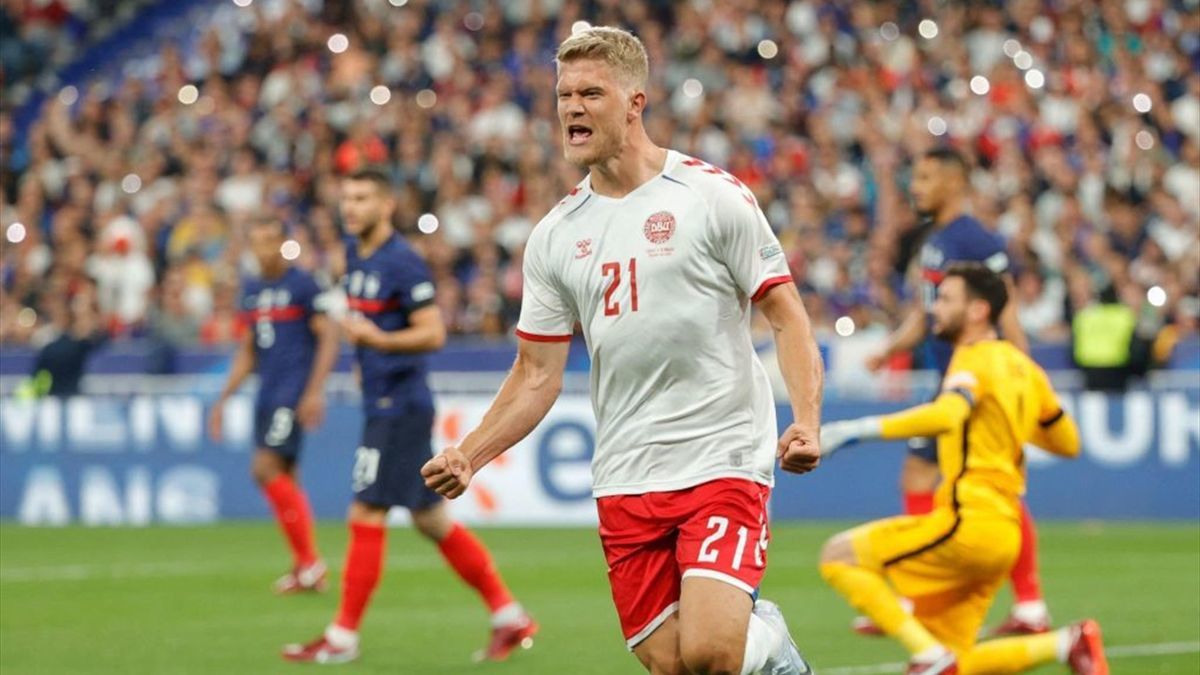 Group D play resumes on Saturday night at Stadium 974, and a win for France over Denmark would guarantee them a spot in the knockout stage of the 2022 World Cup. To begin the defense of their title, Les Bleus defeated Australia 4-1 this week, while Tunisia held Kasper Hjulmand's team to a scoreless tie.

France had a spectacular reversal of fortunes during Tuesday's 4-1 triumph over Australia, going from conceding the first goal within the opening ten minutes to netting 4+ goals for the first time since a 7-3 win against Paraguay in 1958. Given that Denmark and Tunisia played to a scoreless draw, Les Bleus have gotten off to a fantastic start in Group D, as they sit top of the table, and a win against the Danes would guarantee them a spot in the knockout round with a game to spare. Manager Didier Deschamps has said his team must "play a great game" to win, and he is right. Therefore, we expect a very outstanding performance once more from the French team as they look to book their place in the knockout stage early.

It was surprising that Denmark failed to score in their first World Cup game against Tunisia after they had a nearly perfect qualifying campaign winning nine matches and losing one, averaging three goals per game. As a result, Rod-Hvide's coach Kasper Hulmand said that moving forward "will be more complicated," but the team still had a shot because "it's not over." However, there are some encouraging signs for this Denmark side, as they have kept three clean sheets in their last four games. If you look at the 2018 tournament, five of the six teams that started with a tie still managed to advance to the next round. The Scandinavian nation has played to a draw in their last four World Cup matches and could become only the second team to play out five consecutive stalemates on the biggest global stage.

Many doubted France's chances of winning the World Cup before the tournament began, but after an impressive opening-day victory, the country's players feel confident again. As for the Danes, their largely toothless attacking performance against Tunisia has not set them up well for a meeting with the holders, who will march on to the last 16 comfortably. This should give the Red and Whites reason for cautious optimism, given Denmark's recent success against France, both in and out of the World Cup.

Prediction: The French have high confidence in both their offensive and defensive capabilities. They put on a fantastic performance in their comeback win against Australia. The duo of Mbappé and Ousmane Dembele can attack from the flanks, while Griezman and Rabiot's partnership is great in midfield. Likewise, we anticipate Denmark will spend more of its time on defense. Since France has 1.79 odds to win on 1xbet, we'll take our chances with them.