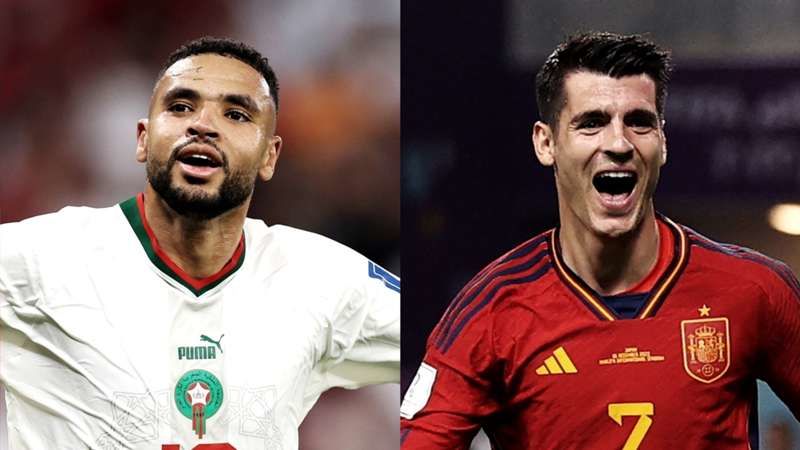 In the upcoming fixture of the Round of 16, Morocco will take on Spain at the Education City Stadium in Ar-Rayyan. After having a terrific run at the group stages, Morocco is likely to walk out as favorites, however, the win predictor suggests otherwise. Spain, who finished second in their group, will look positive to capitalize the gameplay and qualify for the Quarter Final stages. The last time these two sides played in 2-18, the game ended in a draw. Both sides have few doubtful injured cases for the upcoming fixture, intending towards few changes in the previously played lineups.

Morocco - Coming off a Fine Win Over Canada (WWDWD)

Back to back wins against Belgium (0-2) and Canada (1-2), gave Morocco an easy qualification in the Round of 16. In the game against Canada, Hakim Ziyech and Youssef En- Nesyri scored goals in the first half of play. Apart from the own goal in the previous game, Morocco seemed in sublime form. With the likes of Sabiri, Amrabat, and Ounahi in the centre, Morocco are looking reasonably attractive against Spain. Yassine Bounou, who had a little illness just before the victory over Belgium and had to leave at the last minute, was able to play the full 90 minutes against Canada and is expected to be included in the starting lineup for tomorrow's game. However, the Paris Saint-Germain right-back was one of many players who did not participate in full training on Saturday. A well-deserved break was also provided to players like Sofiane Boufal, Sofiane Amrabat, and Ziyech, but there is no reason to believe that they won't be available for Tuesday's match.

Spain - Coming off a Defeat Against Japan (LDWWW)

Spain got lucky as they had a marginal goal difference and clinched onto the qualification. However, the defeat against Japan, dented Germany and Costa Rica, who were hoping for an anti-climax. In the previous game, Alvaro Morata gave an early start to Spain, however, no one capitalized on the opportunity and lost an unexpected outing. The trio of Dani Olmo, David Raya, and Cesar Azpilicueta were absent from Enrique's training session on Friday, however it was thought that the former was only resting after a group time. However, Simon was always anticipated to be given the gloves despite his mistake the last time out. Azpilicueta, who was replaced at halftime against Japan, is struggling with problems in his leg, while the reasons for Raya's absence are yet unknown. Against Japan, Enrique did not hesitate to start the young team of Nico Williams and Alejandro Balde, although Ferran Torres and Jordi Alba may anticipate returning to the starting lineup for the knockout rounds.

Going in the contest, Spain will be the favorite to win and score two or more goals in the first half of the game. Secondly, if Spain manages to strike early, it will be curtains for Morocco. However, the game can swing either way, making the contest intense and electrifying.