Content
To top
1.
Netherlands - Need to Focus on Playing by the Book (DWWWW)
2.
Qatar - Coming off Two Back to Back Defeats (LLWWW)
3.
Expert Betting Tips
Users' Choice
2134 200 USD 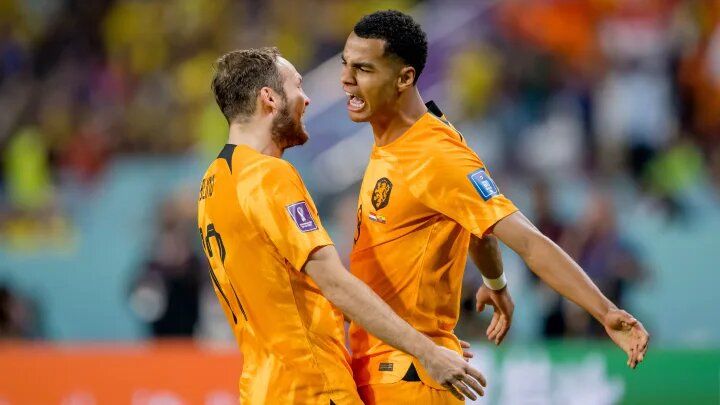 In the upcoming fixture of the FIFA World Cup 2022, Netherlands will take on the host nation at Al Bayt Stadium. Going in the contest, Qatar stands at the bottom of the points table with zero points and no wins from its last two games. However, Netherlands finds itself at the top of the standings table with 4 points from the two games played. Considering the points table situation, Netherlands and Ecuador will be the favorites for making it to the next round. The win predictor suggests that Netherlands are the favorites to win by 81%. This will be the very first outing for the two against each other.

Netherlands - Need to Focus on Playing by the Book (DWWWW)

Without any doubt, Netherlands are the reasonable favorites for qualifying in the Round of 16 from Group A. About the team news, Memphis Depay has been gradually returning to the lineup under Van Gaal following an injury, and he may make his tournament debut here. Teun Koopmeiners could be replaced in the starting lineup by Steven Berghuis. For tomorrow’s game, Noa Lang will be unavailable for selection due to a foot injury. Netherlands are carrying an unbeaten run of 17 games and are likely to persist with the same unbeaten run against Qatar. Netherlands will be depending on the likes of Klaassen, Gakpo, and Koopmeiners.

Qatar - Coming off Two Back to Back Defeats (LLWWW)

After winning the pre World Cup games, Qatar seemed quite tough and aggressive. However, the two back to back defeats have diminished its qualification scenarios. After losing 1-3 to Senegal, Qatar is likely to experiment with few changes in the last group stage game. Manager Felix Sanchez was able to use several of the players that helped the game turn since Qatar significantly improved in the second half of their loss against Senegal. Mohammed Muntari is expected to get the start as compensation for scoring their first goal of the competition. Qatar relies on Mohammad, Madilbo, and Haidos for the upcoming fixture.

Going in the game, Netherlands will be the hot favorites to win and score at least 2 or more goals upfront. We can expect an all-out attack from Netherlands as they look to win 3-0 and seal the deal on a high. Qatar is unlikely to score and give some reasonable competition to the home side.