Poland vs Argentina Prediction: One more magical moment from Messi to see Argentina to the knockout stage 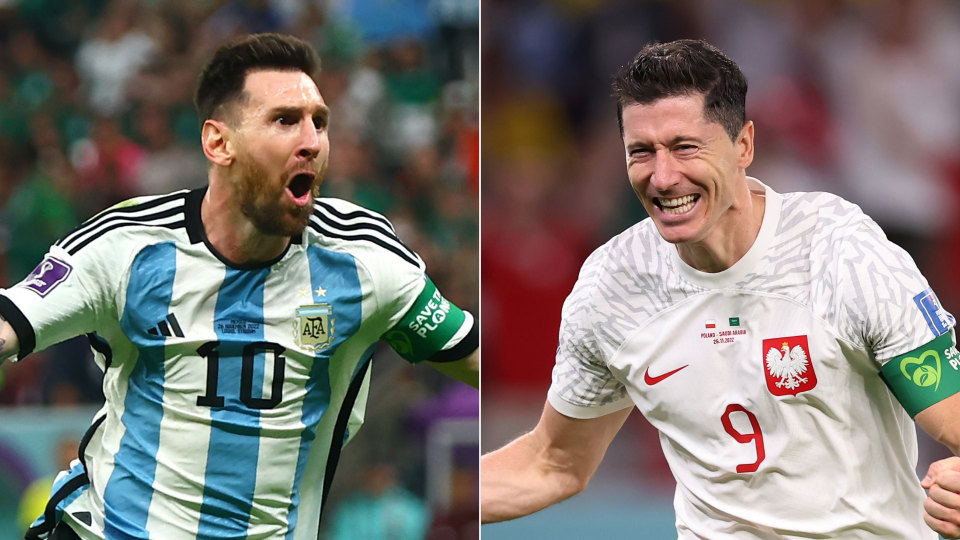 Stadium 974 will host Argentina and Poland's final group stage match of the 2022 World Cup. Argentina's Albicelestes will play their hearts out in this game to advance to the World Cup's knockout round. Similarly, Poland's chances rest on the shoulders of Robert Lewandoski, who scored his first World Cup goal against Saudi Arabia.

On Saturday, at 34, Robert Lewandowski scored Poland's second goal in a 2-0 victory over Saudi Arabia, marking his first World Cup goal after four previous attempts. Eight minutes later, after Piotr Zielinski had opened the score on the stroke of halftime, the Barcelona striker redeemed himself by scoring the game-winning goal after capitalizing on a defensive blunder. Lewandowski claimed after the game that he had "fulfilled his dream" of playing on the biggest platform, but Czeslaw Michniewicz's team still has work to do if they want to advance to the World Cup's round of 16 for the first time since 1986. After two group games in Qatar, Poland is one of only two countries without a goal conceded. The Eagles have now gone four consecutive international games without conceding a goal. However, Poland may struggle to keep Argentina quiet, as they have allowed goals in their 11 previous encounters against the two-time world winners. The last time they played La Albiceleste, in 2011, they won 2-1 in a friendly.

Lionel Messi and Enzo Fernandez scored second-half goals to lead Argentina to a decisive 2-0 victory over Mexico on Saturday. On Wednesday, Argentina will play Poland in their final match in Group C, and head coach Lionel Scaloni may decide to make additional changes to his starting lineup for this match. The 44-year-old manager made five substitutions to his team after Argentina's opening match, which they lost to Saudi Arabia by a score of 2-1. Despite these changes, Argentina went on to claim a significant victory. Indeed, Lionel Messi will be the first name listed for Argentina on the team sheet. The seven-time winner of the Ballon d'Or is set to be supported in attack by Lautaro Martinez and Angel Di Maria, but Julian Alvarez and Paulo Dybala are also in the running for starting positions.

If Poland wins on Wednesday, they will finish atop Group C and advance to the round of 16. Also, if Saudi Arabia loses to Mexico, a draw would also be good enough for first place. However, regardless of the results of the other group match, Argentina absolutely must win this match to advance to the next round.

Prediction: This will not be a simple matchup by any means. Although both teams appear to be formidable, the Argentine side led by the greatest football player and seven-time Ballon d'Or winner, Lionel Messi, is favored to advance to the next round of qualifying because of the star forward's stellar play. You should back Argentina to win both halves since the Argentina team won't want to keep it close to the end without getting the reassuring qualification goal they need to advance.