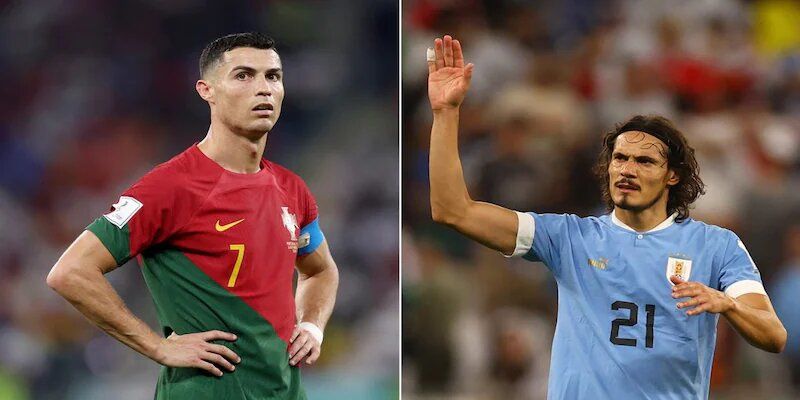 In the upcoming fixture of the FIFA World Cup 2022, Portugal will be up against Uruguay at the Lusail Stadium in Lusail. Going in the fixture, Portugal will be the hot favorite to win and qualify for the next round. As Portugal finds itself in a pretty much one-sided and decisive group, it will be the favorite for winning another game and adding three more points to the total tally. Uruguay can be a challenging opponent, causing problems for Portugal. As the game between Uruguay and South Korea ended in a draw, the qualification is still on the cards for the two sides. In 2018, the last time these two sides played, Uruguay won 2-1.

Going in the contest, Portugal is coming off a contrasting win against Ghana (3-2), in which Cristiano Ronaldo, Joao Felix, and Rafael Leao scored goals. With a formation of 4-3-1-2, Portugal is likely to make an impact and defeat Uruguay. With Ronaldo, Felix, Fernandes, and Neves in the attack, Portugal will be the formidable favorites for winning. Despite the fact that Portugal has not reported any injuries from their match with Ghana, head coach Santos may make a change from the lineup that played last time. When William Carvalho entered the game early in the second half, the European team really had more control because the midfielder could now start in Otavio’s place. Rafael Leao scored against Ghana off the bench, but he will likely be among the substitutes once more as Bruno Fernandes and Joao Felix are expected to assist Cristiano Ronaldo in the final third of the field.

Going in the contest, Uruguay is coming off a draw against South Korea (0-0) and a win previously against Canada (2-0). Ronald Araujo might be unavailable for Uruguay due to a hip injury that is likely to persist. This time around, it’s anticipated that the Barcelona defender won’t play, so Caceres should line up with Godin, Jose Gimenez, and Mathias Olivera in the defense, with Matias Vecino joining Valverde and Rodrigo Bentancur in midfield. Although Suarez is once again anticipated to start, Cavani is the logical choice to join the starting lineup, with Darwin Nunez and Facundo Pellistri occupying the wide positions. Uruguay hasn’t scored in the previous 2 away games, making the qualification scenario difficult for them.

Going in the game, Portugal will be the favorite to win and score two or more goals in contest. Uruguay might find a net or two with their determined attack. Ronaldo is likely to score early as always, giving its side a definite lead.