Fiorentina vs Juventus: Dušan Vlahović match - It Will Be Tough 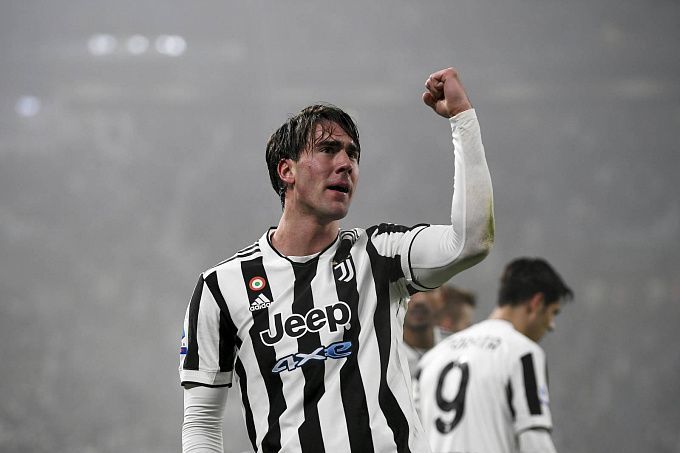 Prediction for the Coppa Italia Fiorentina vs Juventus NHL match, which will take place on March 2 at 23:00. In the first match of the Italian Cup semifinals, we will observe Fiorentina and Juventus battle. Who will be stronger? Check the teams’ conditions and expert betting tips. Several betting options are available!

Fiorentina has played six games since the departure of their star Dusan Vlahovic, who has been with them for three and a half years. At first, it seemed that the Violets were doomed without the Serb - a 1:1 draw with Cagliari and a 0:3 defeat from Lazio. But they quickly recovered, first in the Italian Cup with a great victory over Atalanta (3:2) and two wins in Serie A. First, the team defeated La Spezia (2:1), and then Atalanta (1:0).

However, last round, Fiorentina did not show their best playing and lost to Sassuolo in a dramatic encounter. On 79 minutes, with a score of 0:1, Florence suffered from a send-off, it leveled on 88 minutes, but in the last seconds, the team conceded the second goal and 1:2.

Juventus have played six games since the arrival of their new top scorer Dušan Vlahović. In Italy, they gained two wins and two draws: they beat Verona (2:0) and Empoli (3:2), then settled for a 1:1 draw with Atalanta and Torino in the derby. There was also a cup encounter with Sassuolo where the Bianconeri secured a 2:1 victory in the 88th minute. In a UCL meeting with Villarreal within the last 16, the opponents drew 1:1.

The Serbian forward has already scored four goals in those six meetings - against Verona, in the tournament's best against Villarreal, and shot a double in the last game against Empoli. So far, his transfer is paying off, and Vlahovic is becoming a key player for Juventus.

We are expecting an insanely heated match. Not only is Juventus already disliked in Florence, but the transfers of Federico Chiesa and Dusan Vlahovic have only added to the fans' hatred. The Italian will not join the upcoming game because of injury, but the Serb will be booed heavily! We think that yellow cards and, of course, goals are inevitable. We propose as the main bet a yellow cards total over (4.5).