Flamengo vs Fluminense: Bet on the underestimated guests 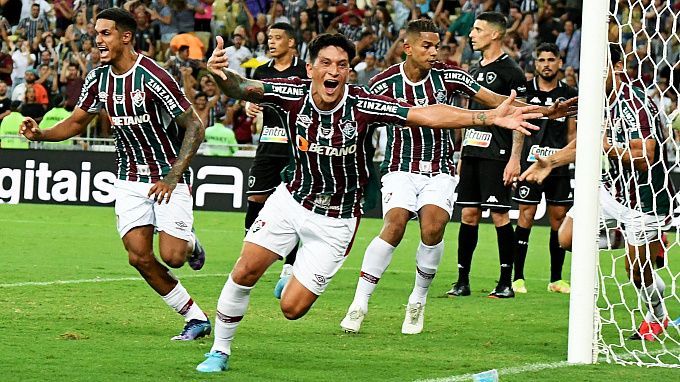 The Carioca Serie A final will have Flamengo and Fluminense, the two strongest teams of the region in recent seasons, face off. Both matches will take place at Maracanã, and the formal home team for the upcoming game is Flamengo, quoted a big favorite by bookmakers, both in the match and in the duel in general.

Flamengo played four official matches in the Campeonato Carioca, winning all of them. On the road, the Scarlet-Black were stronger than Bangu and Vasco da Gama, while Maracanã saw Flamengo defeat Vasco da Gama twice, 2-1 and 1-0. Both of the Carioca's semifinal matches were draws, and before that, eight matches involving Flamengo witnessed Total Over (2.5). By the way, before the championship playoffs, which began with the semifinals, Flamengo finished second in the group standings, behind Fluminense by two points.

Flamengo has the second most expensive squad in Brazil and South America after Palmeiras. The cost of the squad is estimated at 152 million euros. Also worth noting is the fact that Flamengo has the highest average cost per player. The Scarlet-Black have 28 players compared to Palmeiras' 33. The average cost of a Flamengo player is equal to 5.42 million. Last season Flamengo remained without a trophy, losing at home to Atlético Mineiro and away to Palmeiras. At the end of December 2021, 51-year-old Portuguese Paulo Sousa took charge of Flamengo. Let's see if the manager can claim the first trophy in Brazil. As for transfers, Scarlet-Black's budget grew richer by almost 30 million euros after the trades: Gerson to Marseille, Muniz to Fulham, Michael to Al Hilal, Natan to Bragantino and João Lucas to Cuiabá. Acquisitions include the loans of Kenedy and Andreas Pereira, the transfer of Pablo and Thiago Maia, and the arrival of David Luiz as a free agent.

It was Fluminense that won the group stage of the Carioca Serie A. After 11 matches, the Tricolor had 28 points, two points more than the Flamengo players ended up with. Note the remarkable statistics of the Big Flu on defense: only two conceded goals in 11 games. In parallel with the state championship matches, Fluminense played in the Copa Libertadores qualification. Unfortunately, Rio's second team lost in two games to Paraguay's Olimpia and dropped out of the tournament. In the Carioca semi-finals, Flu's opponent was Botafogo and it was Fluminense that went on to qualify following the two matches.

Fluminense is only the 10th team in the Serie A in terms of market value of the squad. Almost all of Brazil's giants have more expensive squads than the Tricolor, so perhaps we should not be too surprised by Fluminense finishing so early in the Copa Libertadores. Flu, like Fla, has a new head coach, with 69-year-old Abel Braga appointed to lead the visitors as of December 13. Like most Brazilian clubs, Flu has a surplus in the transfer market, +12.5 million euros, due to the sales of Kayky and Metinho. Marcos Paulo, Juan Cazares and Miguel left the club as free agents. The on-loan Nathan and Nonato, Cristiano bought out from Sheriff, Cano and Duarte also joined the club as free agents.

When speaking of Fluminense, we highlighted that both semifinals against Botafogo did not end very productively. The first Rio de Janeiro derby also ended via a TU (2.5), like most of the recent matches. Let's not forget about the high value of the upcoming game, which also prompts a low-scoring game. As the first option, we offer Total Under (2.5) for 1.80 from bet365. You can find the same option for odds of 1.84 from 1xbet.

The second bet will be on the outcome. Flamengo is quoted as the big favorite, which in our opinion is uncalled for. Flu won not only the first derby of the season, but also the last three face-offs with Flamengo. And after dropping out of the Copa Libertadores, which naturally was not part of Abel Braga's plans, the Tricolor is in desperate need of a state championship trophy. And for Fluminense to succeed in the current tournament, it is important not to lose the first match to Flamengo. X2 for 2.62 as offered by 22bet.