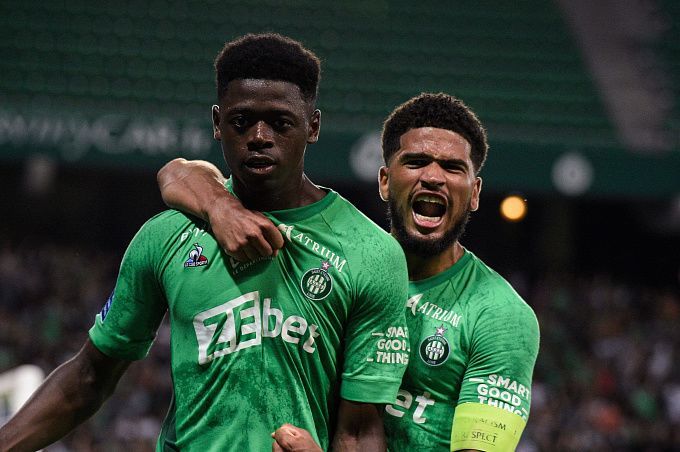 In the rescheduled match of the 20th round of the French Ligue 1, Angers will host Saint-Étienne, and this meeting is crucial for the guests. Check the teams’ conditions and expert betting tips. Several betting options are available!

In the last nine rounds, Angers has three wins, and the club has no reason to worry. The Skoistes are in 12th place in the table, and the gap from the relegation zone is 10 points. At the same time, the club dismissed goalkeeper Paul Bernardoni, who played 13 games for Angers this season, and they have not found a replacement for him yet. The major acquisition in the transfer market was Nabil Bentaleb, who previously played for Schalke. The Algerian midfielder made his debut for the new team, but he has not yet scored any points. Bentaleb was not called up for the Africa Cup, while Stéphane Bahoken, Enzo Ebosse, Azzedine Ounahi and Sofiane Boufal joined their national squads. The loss of Boufal is particularly perceptible for Angers: in the current French championship, he scored five goals and provided three assists. Romain Thomas, Zinédine Ould Khaled and Mohamed-Ali Cho are still injured.

It is not that the Skoistes are showing boring playing this season, but they scored more than half of their goals from set pieces or penalties. In the last round, Angers twice converted the penalty shots and defeated Troyes - 2:1. Gérald Baticle’s charges conceded a quick goal, and with the score of 1:1, almost let the opponent take the lead. Shortly before the final whistle, the team missed an excellent chance to double the advantage and remove all questions about the winner: Billal Brahimi did not beat the goalkeeper.

Saint-Étienne has lost nine matches in Ligue 1. It is not surprising that they are now in bottom place in the standings, and the gap from 18th place has grown to 7 points. The club is trying its best to strengthen, and five newcomers joined the Greens in the winter transfer window. Bakary Sako scored his first goal, but Sada Thioub has not yet shot. Joris Gnagnon was injured, and Paul Bernardoni played in the gate the previous two games. The most high-profile acquisition was Eliaquim Mangala, but the French defender played only 31 games in the top championships in the last five seasons, and his condition is questionable. In addition to Gnagnon, Romain Hamouma, Ryad Boudebouz and Miguel Trauco also will not participate because of injury. Harold Moukoudi, Denis Bouanga, Wahbi Khazri, Saïdou Sow and Yvan Neyou are invited for the Africa Cup.

Saint-Étienne is among the worst in Ligue 1 in terms of offence. The recent encounter with Lyon only confirmed this. Pascal Dupraz’s charges shot four times against the Lions and lost 0:1. The Greens conceded a goal on penalties, and then the opponents had more than one chance to double the lead. Nevertheless, Saint-Étienne could restore the balance: Mahdi Camara failed to cross on a set piece.

Saint-Étienne played poorly in defence against Lyon, but on the whole, the last rounds in the performance of the Greens were not so depressing. The visiting team could have scored against the Lions, but it will be easier against a club from the standings’ bottom. The transfer window did weaken Angers, and it was not easy the day before with Troyes. The last head-to-head encounter between the teams was equal. I expect something similar now.