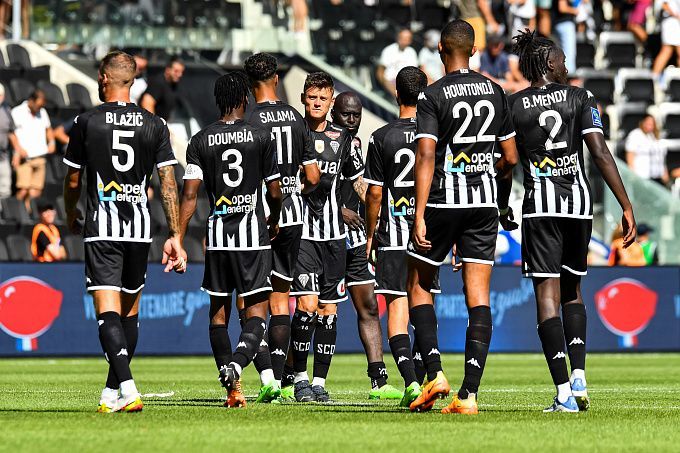 Auxerre and Angers are still without their first win in the current French championship, and they will try to rectify the situation in their head-to-head encounter. Will any of them manage to pick up the critical 3 points?

Auxerre has struggled to return to Ligue 1, but they will be fighting this season to stay in the top flight. They are unlikely to have the resources to do more than that. The latest acquisition was forward Nuno Da Costa. Last season, Da Costa played for Caen in Ligue 2 and scored nine goals in 24 games. He was not included in the 1st matchday of this championship. The central defender Theo Pelnar was injured just before the start of the season.

Before the start of the championship, Jean-Marc Furlan's charges had won 4 out of 7 friendly matches, but in the 1st round of Ligue 1, they resoundingly lost to Lille 1:4. Already in the 1st half, the Auxerre defenders made some silly mistakes, causing the team to concede three goals. Even the chances of a draw slipped away. With the score at 0:4, Burgundians started to play with some energy and created a moment close to a hundred percent.

This season, the team has had to restructure their game following the departure of one of their leading creatives, Angelo Fulgeni. The club also recently saw the release of crucial defender Enzo Ebosse and, overall, Angers has found worthy replacements in Cédric Hountondji and Adrien Hunou. The main thing is for the team mechanism with new parts to work at least as well as in the last championship, at the end of which they finished 14th. It will be challenging to perform at their best due to injuries to Rachid Alioui, Zinedine Ould Khaled, Ulrik Enemi, and Abdallah Sima. The latter two having just joined Angers in the off-season. Sofiane Boufal might not play against Auxerre, but Nabil Bentaleb returns from his disqualification.

In their last two friendlies before the league kick-off, Angers lost to Sevilla (0:6) and drew with La Spezia (2:2), and in the first leg of Ligue 1, they played out a 0:0 draw with Nantes. They played better than the Canaries, although they could take the lead more than once without making any errors in defense.

Angers is unbeaten on the road this year, which makes the odds on their victory quite high. They looked very decent in Matchday 1, even though they lost a lot of players, and the return of Bentaleb will make things a little easier for the team. Auxerre was initially among the Ligue 1 outsiders, but they looked too helpless against a rebuilding Lille. The visitors must break their unbeaten away winning streak.