Auxerre vs Marseille Prediction: The guests are in great shape 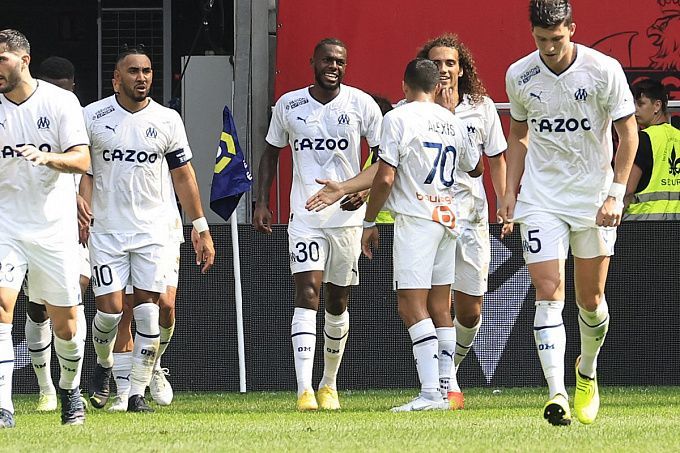 Auxerre hasn't played againstMarseille in Ligue 1 for over ten years, and the guests knocked the Burgundians out of the French Cup the season before last. Bookmakers believe in the reigning vice-champions. Will these expectations be justified?

Auxerre is now in ninth place in Ligue 1, with seven points from their opening five fixtures. This high ranking is mainly due to their high goalscoring performance. The team is penultimate in terms of xG, but they have scored seven goals. The club signed some excellent newcomers in August, but the full effect of the transfers cannot yet be assessed.

The team lost 1:2 away to Lyon in the last Ligue 1 round. From the start of the game, Auxerre could not seize the initiative, and by half-time, they could have conceded 2:3 goals. The goalkeeper saved the team several times, but in 29 minutes, Benoit Costil was powerless. Tete scored an empty net goal. In the 2nd half, Burgundians became more active and could even restore the balance on the scoreboard, but Nuno Da Costa failed to score on a one-on-one opportunity. In the closing stages, Mathias Autret scored a goal.

A change of coach in the off-season wasn't the only rearrangement at Marseille, and the vice-champions made a significant update to their squad this summer. Before the deadline, the Provençal side let Dué Caleta-Car and Jordan Amavi go on loan from Schalke's Amine Kharit. Alexis Sanchez has already scored his first goal for his new club, Eric Bailly has been given a place in the center of defense, but Issa Kabore is still starting on the bench. Dimitri Payet initially had no place in the starting line-up, but in the last two rounds, he was on the field from the first minute. On the day before, Payet got injured, while forward Pedro Ruiz was also out injured.

In the first five rounds of the French championship, the team won 4 games, drawing once and now sharing the top spot in the Ligue 1 with PSG and Lens. In their last match, Marseille defeated Clermont 1:0 at home.

Marseille has approached the season in fine form, and they are consistently a top-five club in Ligue 1. The Provençal side could have scored more in the last round. The visitors play well without the ball and press very high, so Auxerre is unlikely to have an opportunity to possess the ball. The hosts are far from perfect defensively, lack creativity in attack, and it is not certain that they will be able to escape as they did against Lyon.