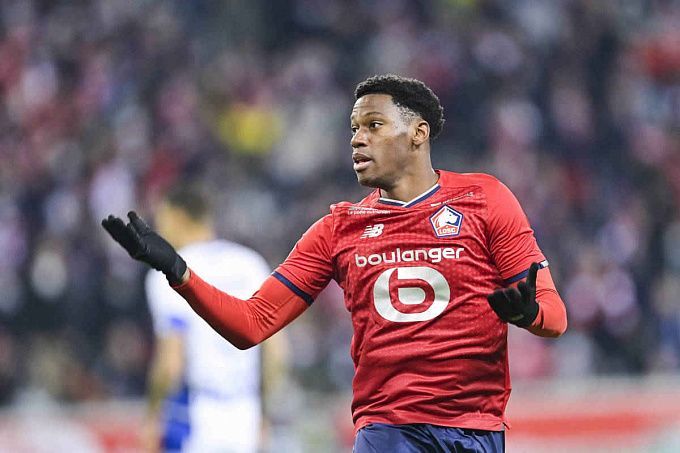 Auxerre will play in Ligue 1 for the first time in 9 years, and in the first round, the team will meet the 2021 French champion, Lille. Will the newcomer be able to score the first points already at the start?

Lille celebrated the league title only a year ago, but at the end of last season, the club did not even qualify for the European competitions. Now they can only settle for being mid. After the departure of Christophe Galtier, Jocelyn Gourvennec took over as head coach, but he only lasted a year to be replaced by Paulo Fonseca. Les Dogues have undergone a significant restructuring with Burak Yılmaz leaving, Sven Botman and Renato Sanches being promoted to Newcastle and PSG, respectively. Domagoj Bradaric and Zeki Celic also changed clubs, and Lille's work in the transfer market is not particularly impressive. Only the transfer of Mohamed Bayo can be attributed to the plus side: The Guinean scored 14 goals for Clermont in the last season. The good news is that the Mastiffs are without major losses at the start of the league season. The sick bay is currently empty.

Jonathan David is still Lille's main star, and the Canadian confirmed his status in summer friendlies. David scored three goals in 4 games, while the Mastiffs scored two wins and played one draw. In a friendly match, Paulo Fonseca's men beat Cadiz 1-0. Lille seized on the initiative and deservedly defeated the Spanish club, although not without mistakes in defense. For example, after a rough mistake, the opponent went one-on-one, but the goalkeeper saved his team. Mohamed Bayo scored the decisive goal, and in the 2nd half, Jonathan David missed the chance to double the lead.

Last season Auxerre fell just short of qualifying directly to Ligue 1: the team finished 3rd in the second division of French soccer. Nevertheless, Burgundy made it through the playoffs, beating Sochaux and Saint-Etienne on penalties, so the long-awaited return to the elite did take place. The club renewed the defensive line this summer by signing Denys Bain and Julian Jeanvier, and Benoit Costil is set to become the club's main goalkeeper. Auxerre only spent money on Rayan Raveloson, who previously played in MLS for Los Angeles Galaxy.

The Bourgogne side appears to be relying on Gaetan Charbonnier, who scored 17 goals and provided seven assists in the last Ligue 2 draw. Gauthier Hein was also retained. It will be interesting to see him in the top division. The principal loss before the start of the season is the absence of defender Theo Pellenard; otherwise, the team will come to the match against Lille in the optimal condition.

In 7 friendly matches, Jean-Marc Furlan's men have achieved four victories and suffered three defeats. However, the level of opponents left much to be desired, and Auxerre met with the Ligue 2 club Red Star (3-2).

During the last 8 and a half years, Auxerre and Lille met only once, in the last French Cup. Lille scored three goals in the first half and won 3-1. Auxerre got their first goal of the game thanks to a bad scramble in the penalty area, but the Mastiffs had all the chances to win to nil.

The departure of key players from Lille can not help but be alarming, but in friendly matches, the team proved well. On the road, the Mastiffs dominated against Cadiz, at home they need to improve. Mohamed Bayo is the perfect replacement for Burak Yilmaz who has been doing nothing but scoring chances lately. Bamba and David should keep Lille afloat for now. Auxerre has hardly made it to Ligue 1, on the transfer market, it picked up only downed pilots, so this is not the opponent that will expose the problems of the French champion in 2021. I suggest betting on the following outcomes: