Lorient vs Rennes: the Bretons remain in the top 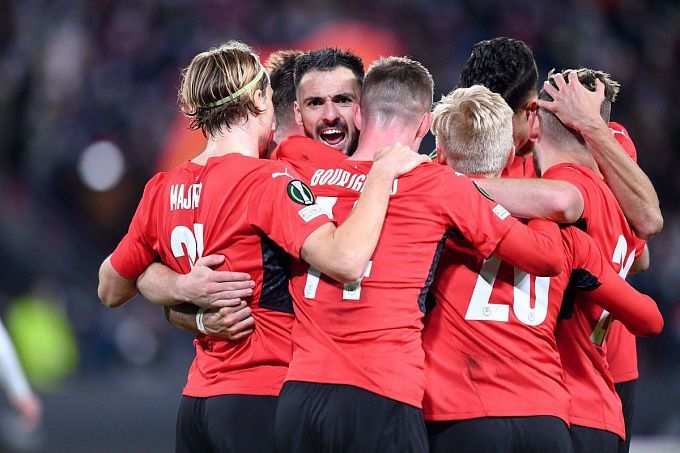 Lorient has not won in Ligue 1 for more than two months, and it won't be easy to break the streak in round 15: at home, Les Merlus will play Rennes, which every year fights for entry into the European competitions. Should we expect a sensation from the hosts?

In the last 7 matches Lorient achieved only 3 draws, losing 4 times, and is now in 14th place in Ligue 1. In the stretch of three rounds Les Merlus showed the worst xG among all teams in the championship, playing horribly in defense, although their opponents were not the strongest clubs - Brest, Strasbourg, Angers. In general on the season the team plays badly in both halves, so the last games have not shown anything new. In the front line the club lacks bright players, and the stats of goals is eloquent: 2 of the top 4 scorers of the club - players of the defensive plan. The situation is aggravated by losses in the lineup. Fabien Lemoine, Moritz Jenz, Stéphane Diarra, Vincent Le Goff and Jérémie Morel are still injured, and only midfielder Thomas Monconduit returned to action compared to the previous round.

Last week, Christophe Pélissier's team were unable to counter anything against Angers - 0-1. Yes, Lorient allowed only eight shots on goal and conceded a penalty, but there were no real chances to score. The team often took shots from beyond the arc, while players missed shots from more or less comfortable positions. The only thing to note was the play in the defensive zone: Enzo Le Fee and Laurent Abergel repeatedly intercepted the ball in the middle of the field and, on the whole, did a decent job.

Rennes: The Bretons are unstoppable

Rennes is having a successful season so far, making progress on all fronts. It has already secured 1st place in the Conference League, ahead of Tottenham and Vitesse, and in the home league, they take 3rd place in the standings. In their last 10 matches in all competitions, the Bretons have got 8 victories, with Lyon and PSG among the defeated. Gaetan Laborde perfectly fit into the team and has already scored 5 goals, the same number on the account of Martin Terrier. It is good that all the strongest players are now healthy. Yes, defender Jérémy Gelin is in the hospital, but he has not played in Ligue 1 since the season before last, and his loss does not affect the results of Rennes.

The other day Bruno Geneseau's team took on Vitesse at home and drew 3-3. Rennes took the lead twice and led by two goals in the second half - they lacked concentration. Laborde notched up a hat-trick and became the main hero of the game. Well, in the last matchday of the Ligue 1, the Bretons beat Montpellier 2-0. Both goals were scored in the first half, and the opponents were penalized shortly before the break. Rennes' advantage was enormous, and it could have come to a crushing end: the team had 30 shots on goal against Montpellier's four.

In the last 10 head-to-head encounters, Rennes has beaten Lorient five times, suffering one defeat. Last season the Bretons were stronger away (3-0), and then settled for a 1-1 draw at home.

Rennes would be the favorite against Lorient under any circumstances, and there is no need to argue with the bookmakers in this case. The teams are diametrically opposed to each other this season. Breton are good in both halves of the field, Les Merlus are bad both in attack and defense. The matches of the last round have not shown anything new, and even the additional load in the European competitions should not hinder the guests. I suggest betting on the following outcomes: