Metz vs PSG: another challenge for Les Parisiens 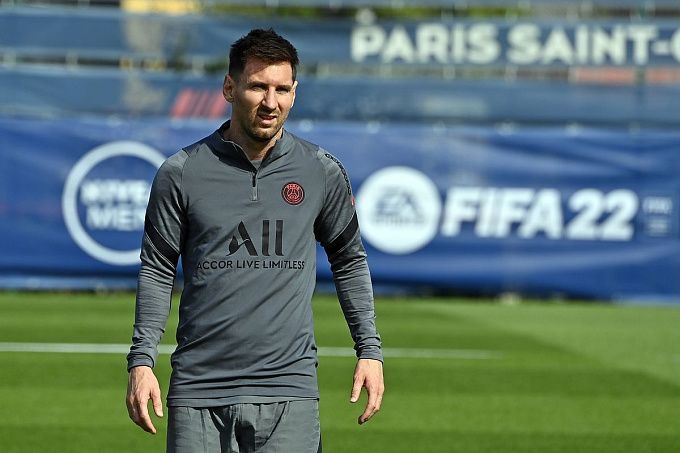 PSG and Metz head-to-head encounters sometimes can be very tense, but the Maroons have never taken points away from the Parisians over the past eight years. Will the hosts manage to pull off a miracle this time?

Metz is one of the three Ligue 1 clubs that have not yet won a single match. Metz has only three points after six games and is still in the last place of the table. At the same time, the team did not have the toughest schedule, and at the start of the campaign, it took points from reigning French champion Lille (3-3). Metz also maintained its starting lineup during the pre-season and before the transfer window closed, signed Nicolas De Preville, who had recently been one of Bordeaux's leaders. Injuries may be the main reason for the team's failures. The key player in the Mets offense, Farid Boulaya, is still in the treatment room. Manuel Cabit, Opa Nguette, and Kevin N'Doram are also sidelined.

In the last round of Ligue 1, Frédéric Antonetti's men could not strike back against Strasbourg (0-3). Metz conceded trice in the first half, but the opponents had chances to increase their handicap after half-time. Only towards the end of the game, Metz woke up and almost scored. First, Dylan Bronn turned home a corner kick to upper V, but the goalkeeper did his job. Soon after, the crossbar came to the rescue against Kiki Kouyaté's long-range shot, and Lamine Gueye fumbled on the follow-up.

Lionel Messi is still a shadow of himself, but even though the star newcomer has not scored his first goal in Ligue 1, PSG does not lose points in the championship. The team is leading the championship with six wins, and the attack is excellently represented by Kylian Mbappe, Ander Herrera, and Mauro Icardi. The away draw with Brugge (1-1) stands out from the streak. However, Les Parisiens could have taken three points in the first round of the Champions League if they had converted all goal chances. Meanwhile, Messi's relationship with the coach is bound to concern: the substituted Argentine snubbed Mauricio Pochettino's handshake. On the other hand, the treatment room is gradually emptying. Marco Verratti, Colin Dagba, Sergio Ramos, and Layvin Kurzawa miss out due to injuries.

Last Sunday, Mauricio Pochettino's side secured a 2-1 win against Lyon. The spectators did not see many goals in the first half, but PSG had their chances. First, Messi failed to convert a one-on-one, and then, after his free-kick, the ball hit the crossbar. After the break, the Parisians were the first to concede, but soon Neymar scored on a penalty kick. In the 92nd minute, Icardi scored the decisive goal, turning Mbappe's assist home.

PSG has beaten Metz in 11 games in a row. Last season the Parisians were stronger on home soil with a minimum score of 1-0 and won away with a little more confidence - 3-1.

Important facts about this match

Metz is much more confident on home turf. Last time it was a poor goal conversion rate that prevented the team from getting points. However, Metz had no chances against Strasbourg, and it is a bit alarming. PSG is also not very consistent in terms of play, although they still manage to get results. Messi may not enter the field, Mbappé recently had an injury, and the coach may give some of the leaders a rest from the busy schedule. In recent head-to-head encounters, Mets fought decently with PSG, and it can break the losing streak. I suggest betting on the following outcomes:


Author: Alikhan Yakupbaev
Rating:
0
Comments
No Comments Yet! Be the first to share what you think!