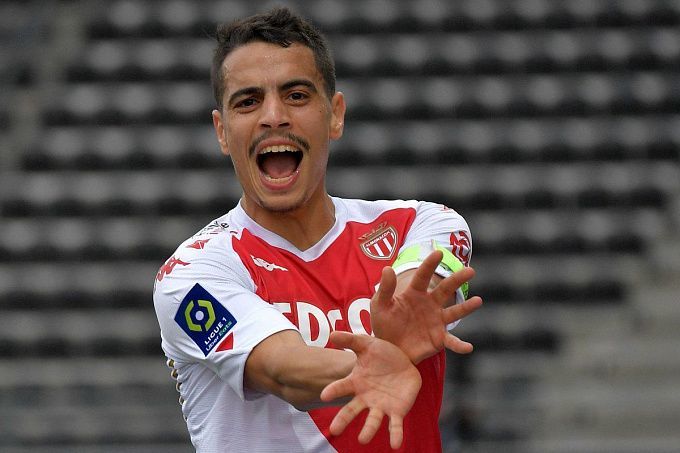 Monaco and Montpellier are close to each other at the standings. They are fighting for a place in the European competitions, so their encounter could be one of the most interesting in the 22nd round of Ligue 1. This season, the Monegasques beat the Paladins at home. Will they repeat the success on the road?

La Paillade has lost their last two matches, but they are still not far from the Eurocup zone: 9th place, 3 points behind the top 5. Montpellier shows a fantastic realization of the chances, and mainly due to this, they scored 34 goals - the 5th figure in Ligue 1. The team is the leader in the number of goals scored from a set piece. It is also good at counterattacks. Stephy Mavididi is the top scorer of Montpellier in the current championship. Still, it is impossible not to mention Téji Savanier, who has 11 assists and the title of the best player in Ligue 1 in December. Yanis Guermouche, Thibault Tamas and Maxime Estève are still injured, they also did not play in the last matchday. Savanier will not appear on the field due to his disqualification.

The previous day Olivier Dall’Oglio’s charges were lost at home to Troyes 0:1. The meeting turned out to be quite dull, and a nil draw would have been a fairer outcome. Montpellier did not convert any chances, although they gave 11 shots, and the team looked decent in defence. The only goal La Paillade conceded after a long-range strike on 74 minutes. Shortly before that, Téji Savanier was penalized, and it wasn’t easy to get back into the game.

The Monegasques began the year with a new coach, and in the last two rounds, they scored four points. The team is in 6th place in the table, 6 points behind Nice on the second line. Monaco defended well, and under Philippe Clement, the team twice defended for a draw. At the same time the club copes with the lineup problems: Benoît Badiashile, Myron Boadu, Krepin Diatta, Djibril Sidibé and Cesc Fàbregas will not join. Alexander Golovin missed the last four games, but he has already recovered from the injury and began to train with the rest. The Russian midfielder may play against Montpellier.

Last round of the Ligue 1, Monaco defeated Clermont - 4:0. In the first half, Philippe Clement’s charges were struggling to crack the defence, and only by the break did Sofiane Diop open the scoring. Kevin Volland could have scored shortly before, but he missed the spot-kick. Wissam Ben Yedder sealed the brace with a double in the 2nd half. He now shared the top scorer spot with Jonathan David with 12 goals.

Lately, head-to-head meetings between Montpellier and Monaco have been productive, but now everything goes to the visiting team’s win to nil. La Paillade is struggling to create chances at the other side’s goal. They depend heavily on set pieces for the season, while their opponent is one of the best in Ligue 1 in terms of defence. The hosts are also quite good defensively, so we should not expect a defeat. Monaco scored zero in their last encounter, and it’s time to fix that.