Montpellier vs Ajaccio Prediction: La Paillade to claim another victory 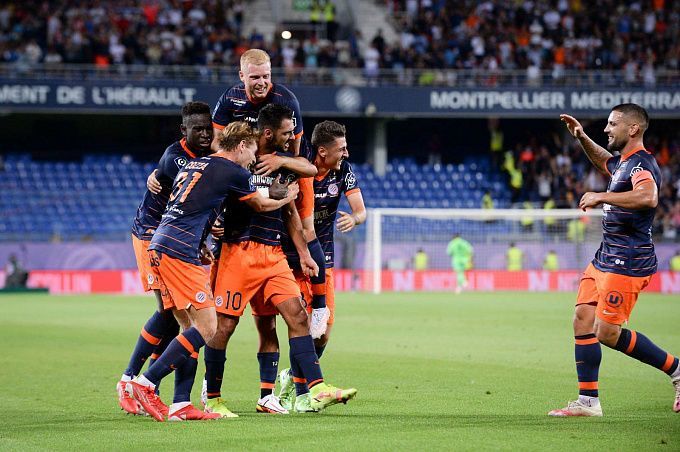 Montpellier is one of the most curious teams in the French Ligue 1. Last season, La Paillade began to attract special attention when they had a great first half of the championship, and then suddenly fell apart with a nine-match winless streak at the end of the season. This season is even more fun. First-round victory over Troyes (3-2), two consecutive defeats to PSG and Auxerre (2-5 and 1-2). But these failures did not break the team, which last weekend decided to destroy Brest (7-0), rising to eighth place in the standings.

Ajaccio, on the other hand, did not have much brilliance in the first half of last season, but at the end was so pumped up that they rose from Ligue 2 to Ligue 1. Though it is still difficult for the team to adapt to the French top flight. In the first game, Olivier Pantaloni's players suffered a hard-fought 1-2 defeat at the hands of Lyon, then there was a 0-0 draw with Lens. In the two rounds to follow, they suffered further losses at the hands of Rennes and Lille 1-2 and 1-3 respectively. One point from their opening four games leaves the Bears sitting in last place in the standings, so they need to improve, otherwise their trip to the top flight will be too short-lived.

Throughout their history, the teams have played 26 official head-to-head encounters. La Paillade have 15 wins, and the Bears have been stronger in seven games, four games a draw. The goal difference also favors the first team, 45-25. The last time the rivals met was in the 2013/14 season, the first game a 1-1 draw, and then the victory was celebrated by the players of Montpellier, 2-0.

Montpellier is a team that can surprise. Apparently, they are still the favorites of the upcoming match, but there is no merit in it. The thing is that Ajaccio, after their return to Ligue 1, is still just settling in at such a high level, which makes them a point provider for their opponents. Despite their unpredictability, La Paillade are unlikely to refuse the opportunity to take advantage of the opponent's weakness, so we should consider betting on Montpellier's victory for about 2.10.

Montpellier is the most cheerful team at the start of the current draw in the French Ligue 1. Not only did they not have a single low-scoring game in their four , but they also scored a total of 22 goals (5.50 goals per game on average), which would be a respectable number even by hockey standards. For soccer, that number could be considered off the charts. Ajaccio's stats are noticeably more modest, but La Paillade will make them play openly, so the best option is Total Over 2.5 goals at odds close to 2.20.

Montpellier is currently the second most prolific team in Ligue 1 after PSG, but they do not have a single player who crosses the two-goal mark. Nevertheless, Wahbi Khazri can be considered their attacking leader, who tried to keep Saint-Etienne in the elite of French soccer last season, scoring ten goals. Still, even that was not enough for salvation, and now the Tunisian looks great in the new club. In this situation, it is worth looking at a bet on Wahbi Khazri's goal at about 3.40.