Nice vs Nantes: The Canaries will create a sensation 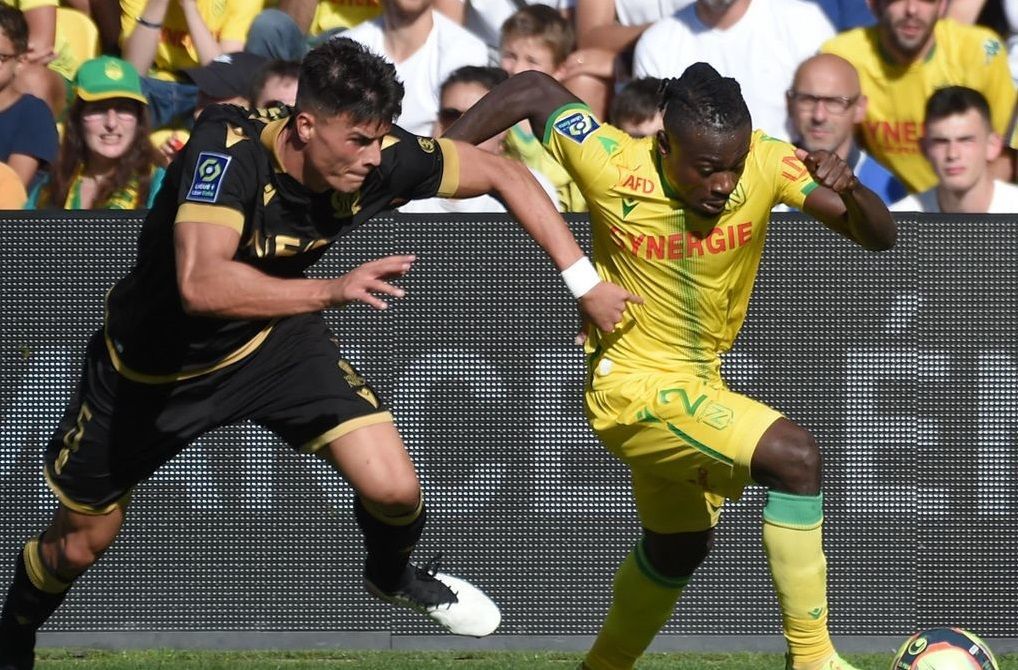 Nice have lost only once in the last 20 years to Nantes. The Eagles are now one of the strongest teams in Ligue 1, and they should look to take points from the Canaries again. But it's not that simple.

A run of three successive Ligue 1 wins saw them climb to 2nd place in the table and significantly improve their chances of winning the league title. Furthermore, the Eagles reached the last 32 of the French Cup, beating Cholet 1-0 away. Christophe Galtier's men demonstrated a very high execution level, while their opponents were occasionally disappointed. Nice control the ball well on the season as a whole, giving 83.7 percent of accurate passes. The Eagles attack through the wings and the centre, and they are 6th in Ligue 1 in terms of average ball possession (51.6%). As for the current squad, Mario Lemina and Youcef Atal are away for the Africa Cup, Robson Bambu will not play due to injury, and Morgan Schneiderlin is suspended.

In the last round of Ligue 1, Nice defeated Brest 3-0 away. This time, Christophe Galtier's men were far from perfect in defence, and they could well have conceded 2-3 goals. The opponents had 26 shots on goal and missed a couple of good opportunities. Admittedly, one of the main reasons for this game was Schneiderlin's early suspension, with the Eagles scoring two goals on the powerplay. Nice were less wasteful than their opponents, but Khephren Thuram-Ulien still missed a good chance in the closing stages. Amine Gouiri was the game's main hero, with a goal and an assist.

The Canaries also had a very successful month. In four rounds of Ligue 1, Nantes have picked up 10 points and are now 9th in the table. Not to mention Randal Kolo Muani, who scored three goals during this stretch and brought his club two wins. In addition, Antoine Kombouare's side have reached the French Cup last 16, and their next opponent will be Brest. Yes, Nantes are not flashy in attack and do not create many chances, but they have no problems with realization. The Africa Cup has also cost Nantes a lot of players: Jean-Charles Castelletto, Kalifa Coulibaly, Moses Simon, and Charles Traore are currently serving for the national team. On the other hand, Wylan Cyprien, who scored a goal in one of the Canaries' recent games, is out of the injured ranks.

Last week, Antoine Kombouare's charges entertained Monaco at home to ensure a 0-0 draw. The meeting turned out to be uneventful. The teams kicked a total of 17 shots on goal. On defense Nantes played almost perfectly, and only on the 76th minute, they made a serious mistake, which almost led to a conceded goal. Before that, the Canaries could have scored an own goal: Ludovic Blas missed a top-percentage chance.

In their last ten meetings, Nice have beaten Nantes 6 times and suffered only one defeat. In the 1st round of this championship, the Eagles were 2-0 stronger away. At the time, Nice also suffered several losses: Morgan Schneiderlin, Justin Kluivert, Alexis Claude Maurice, Jordan Mvula Lotomba and Robson Bambu did not play for various reasons.

Last round, Nice played far from perfect defensively, and even in equal parts, they allowed Brest to create a hundred percent chance. Yes, Nantes show not the most spectacular football, but they could score against Monaco, which means that the visitors can open up the Eagles' defence at least once. In their last encounter, the Canaries had 19 shots on goal against Nice and missed a few opportunities. It's time to recover and improve their performance. I suggest betting on the following outcomes: