Nice vs Paris Saint-Germain: Parisians fail to beat the Eagles for the third time this season 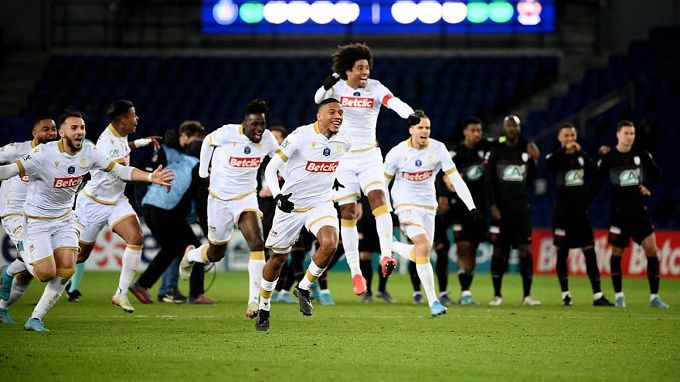 Nice will play host to PSG in round 27 of Ligue 1. Who will be the stronger side in this encounter? Check the team conditions and choose several betting options.

Nice is having an excellent season, where they live up to the expectations set before the start of the season. The Eagles are third in the standings with 46 points ahead of this fixture, just one point behind second-placed Marseille. As for Nice's recent games, after losing to Lyon, they beat Angers (1:0), tied with Strasbourg (0:0) and reached the French Cup final by beating a modest Versailles 2:0.

PSG is already almost guaranteed the Ligue 1 title as they are now in the lead with 62 points, 15 ahead of second-placed Marseille! The Parisians are not in the championship and not in the French Cup (from which they were eliminated just by Nice). They have the return leg against Real Madrid in the round of 16 in the Champions League. PSG secured victory in the final seconds in the first leg thanks to a Kylian Mbappe goal, making it 1:0 in Madrid. After that game, the team was sensationally defeated by Nantes (1:3) and managed to beat Saint-Etienne in the last round (3:1).

Nice has looked better this season and is one of Ligue 1. They have already played PSG twice and both times in Paris on Matchday 16 of the French Championship (0:0) and in the round of 16 of the French Cup (0:0, 6:5 penalty shoot-out). The visitors cannot afford to be bothered with the national championship, as they will be facing a tough trip to Spain next week. It will be good for the Eagles, who will avoid losing to PSG or even beat them at least. It should also be noted that Kylian Mbappe will not participate in the match. Prediction: Nice won't lose.