Nice vs Strasbourg: The guests are underestimated 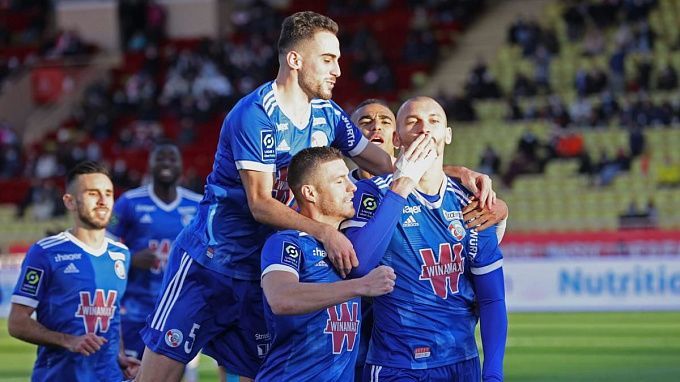 Nice will take on Strasbourg in round 17 of Ligue 1. Who will come out stronger in this encounter? Let’s look at the opponents’ forms and find out what’s best to bet on. There are several options to consider!

Nice is having a great season, justifying the fans’ hopes for a place in the European Cup zone. Now the team is 4th in the table with 27 points. After the victory over Clermont (2-1), Nice sensationally lost to Metz (0-1), and in the last round, they were able to take points from PSG in Paris! The match ended 0-0.

Strasbourg are not in the European cup zone, but in case of a win today they could be as close to it as possible. At the moment, the club is on the eighth line in the standings, with 23 points. The unbeaten streak of Strasbourg amounts to five matches – two wins and three draws. After their 1-1 draw with Monaco, they beat Bordeaux 5-2 in the last round.

For some reason, bookmakers see Nice as the clear favorite, while we think it otherwise. Strasbourg is a good team that can put up a fight. And besides, they haven't lost in five games in a row, while Nice lost their last two home games to relatively modest Montpellier and Metz, 0-1 each. In general, we think the visitors will score at least one point, so we bet on their double chance.

Prediction: Strasbourg will not lose.