PSG vs Stade Brestois 29: It's Going to be Hard Without Messi 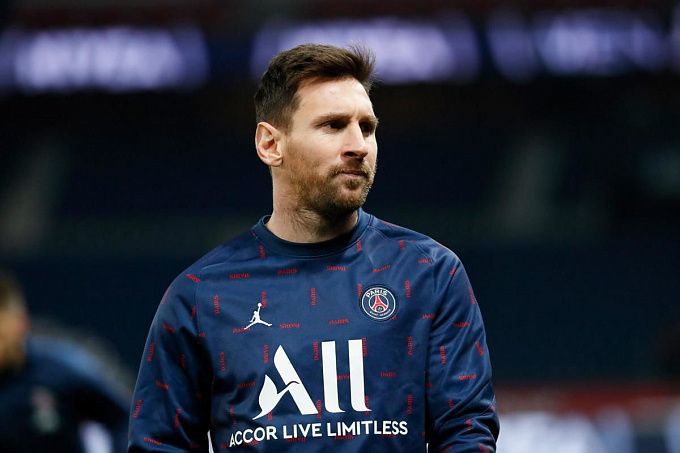 In the current championship of France, PSG has lost points once at home, and it happened in a match against the 2nd team in Ligue 1, Nice. The current opponent of the Parisians, Brest, is in the bottom half of the table. Will the hosts have difficulties this time?

PSG have lost two rounds in a row, but they are still leading Ligue 1, 11 points ahead of the nearest pursuer. The Parisians fail to convert scoring chances, and the team's defence has begun to slump. At the same time, PSG scores very little from set-pieces but compensates with high-quality positional attacking. One of the setbacks has been problems with the lineup, but Gianluigi Donnarumma, Angel Di María and Julian Draxler have returned, and now the Parisians will find it easier. However, Lionel Messi is training separately from the team and will not play against Brest. Also, Alexandre Letellier, Neymar, Layvin Kurzawa and Danilo Pereira are injured. Idrissa Gueye, Abdou-Lakhad Diallo and Achraf Hakimi are playing for their national teams at the African Cup.

Mauricio Pochettino's squad played two matches last week. After defeating Vannes in the French Cup (4:0), the Parisians shared points with Lyon in the championship 1:1. PSG conceded a quick goal, and at the beginning of the 2nd half, the opponents nearly doubled their lead. However, the capital team dominated the majority of the game, and before the only goal, they had two clear-cut chances. Mauro Icardi's shot was blocked at the last minute, and Killian Mbappe missed the prime scoring area. As a result, Thilo Kehrer had to take the lead and eventually restore the scoreboard balance.

In the last three rounds of Ligue 1, Brestois scored only 1 point after a series of 6 consecutive victories. The team also did not convert moments, and the defence is now unstable. However, the team is in 13th place in the table, nine comfortable points ahead of the danger zone. In addition, Brest reached the last 16 of the French Cup, defeating Bordeaux 3:0 at the previous stage. The club relies heavily on the flanks and almost does not pass through the centre. Brest scored 5 of its 26 goals from set-pieces and five from penalties. Only Monaco carried out more penalty shots (6). As for the current squad, only Haris Belkebla is away at the African Cup, while Sébastien Cibois and Romain Del Castillo are injured.

Last Ligue 1 matchday, Michel Der Zakarian's charges lost 0:3 at home to Nice. Brest conceded a quick goal after restoring the balance more than once. In addition, in the 20th minute, the opponents suffered a suspension, and Brest, having an extra player, constantly pressed on. The hosts had 26 shots on goal, and Steve Mounié was the closest to a goal, having missed two perfect chances. The defeat came at the end: Brest conceded two goals in 15 minutes.

PSG has beaten Brest in the last ten head-to-head meetings. In the first round of this championship, the Parisians were stronger away with a score of 4:2. PSG missed some excellent chances but increased the handicap to 2 goals than once. Brest had no opportunity to restore the balance, although, in the 85th minute, it once again cut the lead and briefly revived the intrigue. At the time, Paris lacked Messi, Neymar, Dagba, Kurzawa, Ramos, Bernat, Ricoh and Letellier.

In the last head-to-head meeting, Brest made a lot of chances at the PSG gate, and in general, the team plays well in offence on the season. In the last round, Michel Der Zakarian's team was a bit unlucky, and now they need to increase the realization of chances. Although three players started to train in the general group, the Parisians are still not in the optimal squad. I suggest betting on the following outcomes: