Toulouse vs Reims Prediction: another high-scoring match in Ligue 1 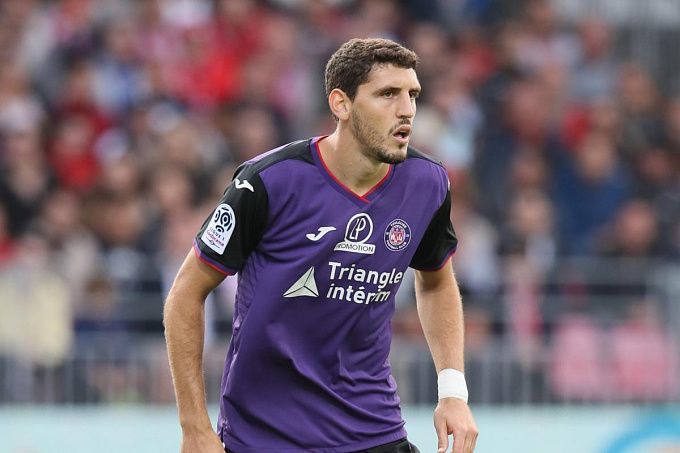 Toulouse has not yet won the first home win since returning to Ligue 1. On Matchday 7, the Violets take on Reims — will they finally be able to break their winless streak?

After a sharp start, the Violets have seriously stalled: in the last three rounds they have invariably lost. Now the team is 15th in the table, with the same number of points as Brest in 17th position. Toulouse has problems with the realization of chances, but there are also plenty of mistakes in defense. The situation is aggravated by the staff situation: at the moment there are two players, who were responsible for the Violets attack in Ligue 2. Rhys Healey more often came off the bench, but Rafael Ratao has already scored 2 goals in the top division, consistently playing in the starting lineup. Midfielder Theocharis Tsiggaras came to Toulouse injured, and Guillaume Restes has not played a single game for the main team since the start of the championship.

Perhaps it was Rafael Ratao's injury in the middle of the match against Clermont that prevented Toulouse from picking up points. Philippe Montanier's team dominated the entire 1st half and could have scored 2-3 goals by halftime. In the 2nd half, the opponents seized on the initiative, and eventually the Violets lost 0-2. At the end of the half, Branco van den Boomen had two good chances, but first, Reims was saved by the goalkeeper, and then the ball hit the crossbar. In total, Toulouse had 14 shots on goal, and the team possessed the ball for a third of the game time (66%).

Having conceded 4 goals in their two starting games, Reims pulled themselves together and had not suffered a single defeat in their three previous games, scoring 6 points. The Red and Whites are in 14th place in the table, behind Nantes only on additional indicators. In the offseason, the club made a right choice with transfers, beginning to show very nice attacking soccer. First of all, Folarin Balogun, the English forward with 5 goals on the 3rd place in the scoring race of Ligue 1, behind only Neymar and Kylian Mbappe. Ito Junya in the center of the field has added creativity to Reims, and at the same time he scored 2 goals. Who knows, maybe Noah Holm and Amir Richardson, who joined the club recently, will also show themselves in the best way, and Reims will become a strong middle of the French championship?

The acquisitions are sorted out, but there are also losses: Azor Matusiwa, Kaj Sierhuis, and Thomas Foket are unlikely to play against Toulouse, the participation of Florent Duparchy is questionable, but Jens Cajuste returns to the team after the suspension. All five of them were absent last matchday, but Reims got a draw against Lens 1-1. The game was very entertaining, and on the 1st minute Balogan missed a good chance. Later both sides could score even by 2 goals, the teams totaled 37 shots on goal. Only towards the end of the match both teams traded goals and shortly before the final whistle Lens goalkeeper kept out a dangerous shot by Andrew Gravillon.

Toulouse did not sit back in defense against Clermont, and the team should be getting better at home, if the statistics of home games are to be believed. Yes, two of the key players of the are injured, but even without Ratao the hosts know how to create chances. Reims also, by some miracle, did not break the total of 2.5 goals in the fight with Lens, there are some difficulties with the realization of chances. But there are no problems with creativity in the attack, and not for nothing in terms of xG Reims takes 6th place in Ligue 1. It's the right time to score. I suggest betting on the following outcomes: