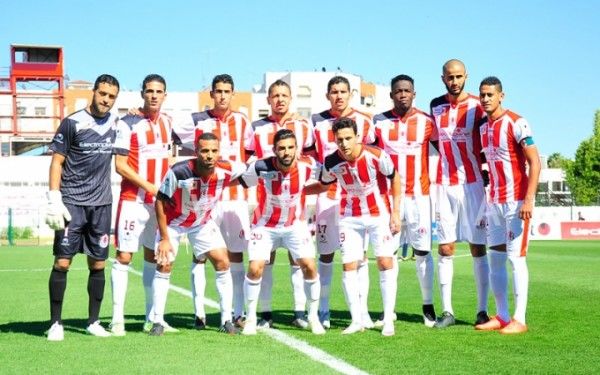 FUS Rabat will battle Rapide Oued Zem for points at the Terrain Moulay Hassan Stadium on Wednesday. Both teams desperately need the points; however, the visitors must win to avoid a last-day drama that might make them drop to the second division.

The home team are unbeaten in the past six matches, they are fighting hard to play continental football next season, and their performances in recent games speak volume of why they deserve it. They are fifth on the log with a point away from the fourth spot, and they are by far the favourite to assume the place as they have an easy run of fixtures.

FUS Rabat didn't hold back against El Jadida as they whipped them (0-2) in front of their fans on match day 27; however, they stumbled to a stalemate on match day 28 as nothing separated both teams in 90 minutes.

FUS Rabat are not so great at home, with three losses, five draws and six wins in the last thirteen matches.

Relegation-threatened Rapide Oued Zem will face one of the most formidable opponents in the league tomorrow; they are unbeaten in the last five matches and have recorded notable victories against Raja Casablanca and RSB Berkane. It's unfortunate that even though they win their remaining two games, they might still get relegated; however, they have been resilient recently.

They came back from a goal down to defeat the CAF confederation cup winners on matchday 28, which secured them the much-needed points in the fight to stay up in Botola Pro League.

The home team lost a golden opportunity to assume the fourth spot but are now presented with another chance; we are trusting them with a victory for 1.80.