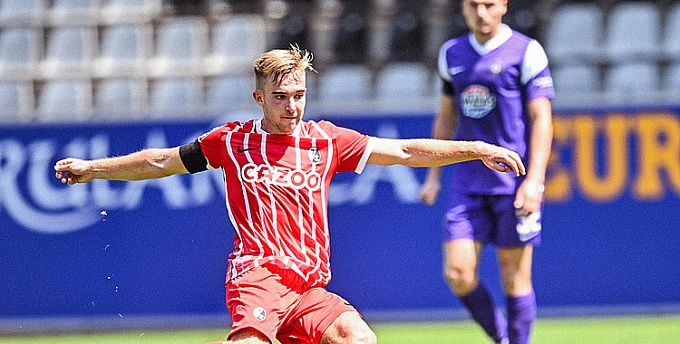 One of the Bundesliga opening round matches will feature Augsburg and Freiburg. Both teams made it through the first round of DFB-Pokal. Still, while the Bavarians had no problems overcoming Lohne, Freiburg had to play extra time in the match against Kaiserslautern.

Before the start of the season, the Bavarians played five friendlies: victory over Schwaben Augsburg draws with Sandhausen and Schalke and defeats at the hands of Ceske Budejovice and Rennes. Nothing in particular, if not called negative, about the results. However, Augsburg defeated Club Lohne 4-0 in the first round of the German Cup. Augsburg and Freiburg exchanged strikers, with Gregoritsch leaving the Bavarian club for Ermedin Demirovic to join. Finnbogason and Moravek left the club, Rexhbecaj and Maier joined. It should be noted that Augsburg has a new head coach Enrico Maassen, who previously worked for Dortmund.

Freiburg did not change the coach; Christian Streich has been in charge since 2011. Apart from Demirovic, Haberer, Itter and Schlotterbeck also left the club. Breisgau Brazilians expanded the squad, as Gregoritsch, Kyereh, Doan and Ginter came in. While the club's surplus in the transfer market is +7.3 million euros, so there may be more reinforcements. Regarding the results in the preseason, Freiburg drew with Elversberg and Strasbourg, beating St. Gallen, Rennes, and Rayo Vallecano. Freiburg played a tough match against Kaiserslautern in the German Cup, where the Brazilians won 2-1 in extra time. Sallai and newcomer Ritsu Doan from Japan scored for Freiburg.

As we can see from the statistics, Augsburg is a comfortable opponent for Freiburg. After all, they won the last three face-offs, and we would not be surprised if Freiburg increases this streak to four matches. While the cup match was straining, the future guests managed to come out with honor from a difficult situation in the away game. And before the cup match, Freiburg had remarkable results in the friendlies, so we believe in the victory of Streich's team. Here are the betting options for this game: