Augsburg vs Koln: home win by a hair? 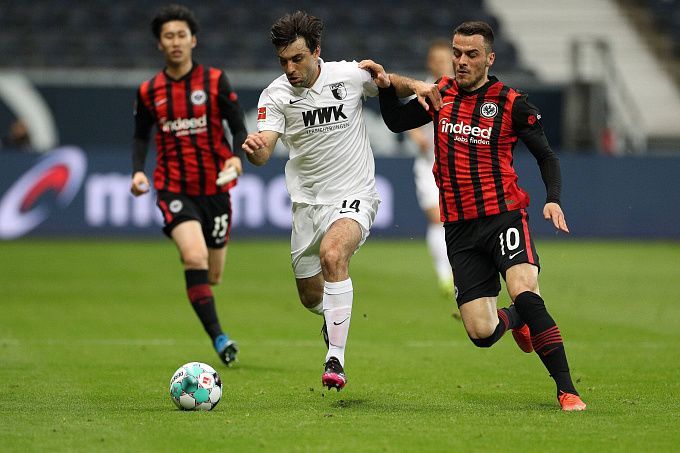 The match between Augsburg and Koln will open the 31st round of the German Bundesliga. Bookmakers believe the odds of the opponents are almost equal, the Billy Goats made a sensation last round, beating Leipzig on their home field. However, we believe that we should not overestimate the significance of that victory as well as the future hosts, who after a series of failures have come close to the relegation zone and will do everything possible to move away from it.

Augsburg: the danger zone is close

After the epidemic, Hertha are noticeably lacking in harmony and are floundering in the relegation zone. But we all know the Old Lady’s potential, especially since Hertha have improved significantly under Dardai. Arminia are picking up points regularly. Mainz are already ahead of Augsburg in points lost. Koln beat Leipzig in the last round, and Werder just lost to Mainz on Wednesday. In general, the Bavarians are not being pressed hard so far, but if the scoring dynamic is maintained, they will feel the pressure in a round or two. It would be better for Augsburg to worry about that in advance and not to lose to their rival this coming Friday. But it’s better to win. It should also be noted that Augsburg have recently become a home team. The Bavarians have not lost four games in a row at home and have been stronger than teams such as Mönchengladbach and Hoffenheim.

We have read a lot of bad things about Funkel on various websites, but Fortuna played very well under him. Not all analysts took into account the fact that Fortuna, despite having a mighty stadium, not only had mediocre financial potential but also made extensive use of loan players. Lukebakio and Raman, for example, played on loan at Dusseldorf. It is difficult to create a new team almost every season.

On the other hand, after one successful match, it is also too early to crown Funkel. Yes, they beat the favourites, showed their teeth, showed character and willpower. Let’s not forget that Leipzig have a problem with motivation in the championship, especially in an away match. They can’t reach Bayern, and they are unlikely to lose second place. But even if they do, they certainly will not drop below fourth place. Nagelsmann’s main concern for the rest of the season is not the championship, but the German Cup, because Leipzig will play in the final of this tournament very soon, that is the real motivation.

Approximate line-ups of the teams

Live streaming of the Augsburg vs Koln match

Live streaming of the Augsburg vs Koln match

You can watch all the matches of the German championship on Fonbet’s website for free. All you have to do is register and you can enjoy football on any available gadget.

It’s not a top-flight encounter, but there’s no doubt that it will be an interesting one. Augsburg have not been performing well overall recently, but the Bavarians have not lost four games in a row at home. We assume that Augsburg will continue their good streak at home. As for the total, we can’t expect any high-scoring chances, the price of making a mistake in this game is high, and the head-to-head encounters in recent times have been clearly off the mark. We would like to propose the following odds for the upcoming meeting: H1(0) for 2.00, TU2.5 for 1.66, W1+TU3.5 for 3.45.