Bayern Munich vs RB Leipzig: Bet On The Champion 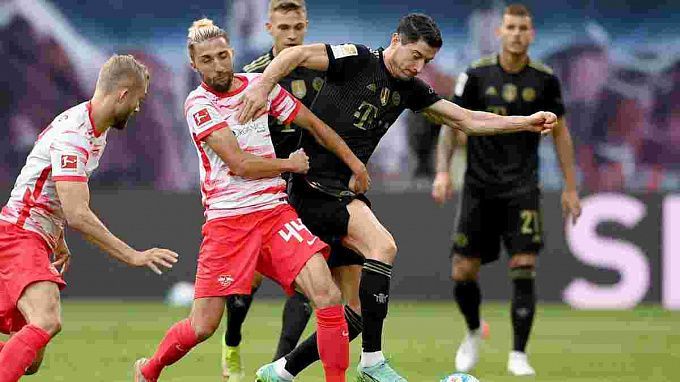 The central match of the German Bundesliga round 21 will be held in Munich, where the strongest team of the country will take on RB Leipzig. In the first half of the championship, Julian Nagelsmann defeated his former team with a score of 4-1. Let's see if the champions will be able to repeat the mid-September success.

Unlike many Bundesliga teams, Bayern dropped out of the German Cup back in 2021, so the Reds only played three games in the Bundesliga after the winter break. The Bavarians opened the year with a 1-2 defeat at the hands of Gladbach, followed by away wins: 4-0 and 4-1 against Cologne and Hertha, respectively. Bayern retained the lead in the standings, although it can no longer be called as big as before. The gap between the Reds and Dortmund is only 6 points before round 21 starts. Bayern have the second-highest home record in the division after Dortmund: eight wins in 10 games.

The Red Bulls are off to a great start in 2022. Leipzig beat Hansa in the German Cup and is now the main contender for the title in this draw. In the Bundesliga, the visitors were stronger than Mainz, Stuttgart and Wolfsburg. Thanks to this spurt, the Bulls finally made it to the Eurocup zone and took 6th place before the start of the round, only three points behind Union in the Champions League zone. However, Leipzig's away statistics are weak, just 13th in the division.

After a three-match draw streak between Bayern and Leipzig, the Munich side won two straight away games: 1-0 and 4-1. It makes sense that Bayern is quoted as the clear favorite for the upcoming match, the centerpiece of the round. Moreover, we all know that the Bavarians know how to play big matches, so we have no doubt about the final victory of the home team. As for the totals, we hope for an abundance of goals scored, as in the match of the first round. Here are the betting options for you to consider: W1+TO (2.5) for 1.78; H1 (-2.5) for 3.45; Correct Score 4-1 for 17.0.