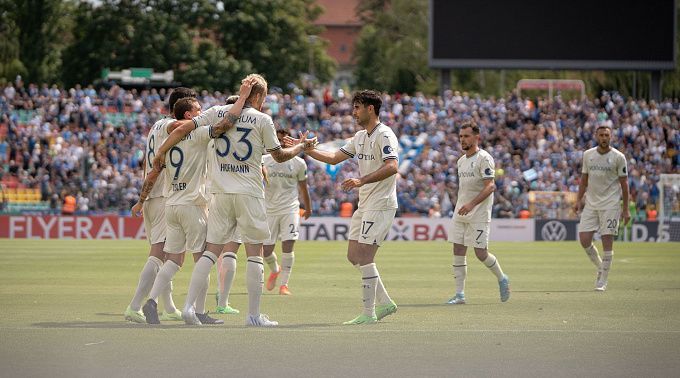 One of the matches of the first round of the Bundesliga will be a duel between Bochum and Mainz. Last season, the teams exchanged home wins. Also, in the German Cup, Bochum won at home. But despite these statistics, the bookmakers prefer the visitors.

A second season for teams entering the elite division for the first time is often unfortunate. However, there is a feeling that Bochum will be the one to avoid such an outcome. Before the start, Bochum defeated Lecce, Spezia and Antalyaspor. In the first round of the German Cup, the hosts defeated Victoria Berlin on the road. Given the rather successful last season, when Bochum stayed in the Bundesliga, it is not surprising that there is a demand for some players of this club. Southampton bought Bella-Kotchap, Mainz - Leitsch, Schalke - Rolter and Pantovic transferred to Union as a free agent. In turn, the club invited Ordets, Forster, Hofmann, Stafylidis, Horn. Recall that the team continues to perform under Thomas Reis.

In July, Mainz played four test matches: victories over Wormatia and Newcastle, a draw with Athletic and a defeat from Besiktas. In the first round of the German cup Mainz defeated Erzgebirge Aue 3:0 on the road, which indirectly confirms the their good tonus. Mainz quite logically retained Bo Svensson, with whom the 05ers made a real breakthrough last season. Of the losses, we'll highlight Niakhaté, Saint-Just, Pierre Gabriel, Killian. The club bought Fulgini, Chachi, Kohr, Leitsch, Ingvartsen.

Bochum survived in the Bundesliga last season mainly because they had excellent home stats. We believe that the hosts will try to use the same template in the new season, i.e. they will want to bet on the home games. It is especially important for Bochum at home not to lose points against the mediocre teams such as Mainz. We believe that Bochum has a great chance not to lose on Saturday.