Borussia Dortmund vs Borussia Mönchengladbach: The favorites to achieve a confident victory 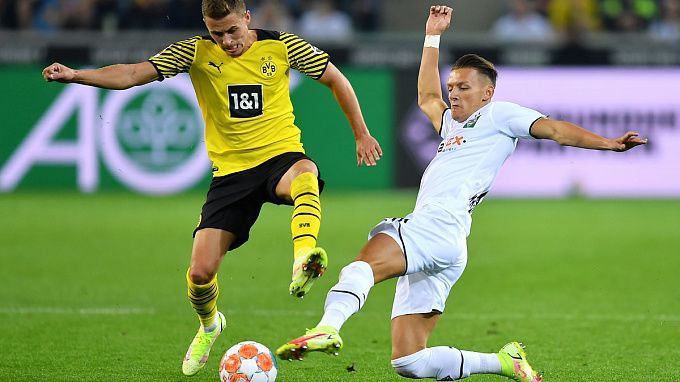 The central match of the German Bundesliga round 23 will certainly be the battle between Dortmund and Gladbach. The visitors had the opportunity to prepare for the upcoming game in the weekly cycle, while Dortmund suffered enough in the Europa League match on Thursday. That game made it clear that the BVB will be able to fully concentrate on the Bundesliga in a few days and there is a feeling that Rose's team will not even wait for the return match against the Glasgow Rangers in this matter.

It is impossible to call the 2021/22 season a failure for Borussia so far, but what if the Bundesliga title goes their way? Well, if things go on like this, then there is quite a logical question: why bother with this Rose? After all, in terms of the level of play, results in the international arena, and by and large in the Bundesliga, Borussia hasn't gotten any better. After the disgrace against the Rangers in the Europa League, the Black and Yellows have nothing else to do but roll up their sleeves and try to catch up with Bayern in the Bundesliga table. And to do that they need to beat Gladbach on Sunday. Recall that Dortmund is six points behind the champion.

It is Gladbach who definitely lost from the transfer of Rose to Dortmund. The Colts' managers pulled the BVB' trick by buying Hütter out of Eintracht. However, after 22 round in Bundesliga, the Colts are only 13th in the table, much closer to the relegation zone than to the European Cup zone. After the break, Borussia scored four points: a draw in Bielefeld and a 3-2 victory over Augsburg. There's some positive results, but we doubt that Gladbach have a tangible chance of even a draw in Dortmund. Of course, it depends on whether the BVB can unleash at least 80% of their potential.

It was not so long ago that Gladbach was the most comfortable opponent for Dortmund in the Bundesliga, but after two victories for the Colts in 2021, it is probably no longer possible to say so. After a 2-4 defeat at the hands of the Scots, there is nothing else left for Dortmund but to fully concentrate on the Bundesliga. And it wouldn't do any harm to apologize to the home crowd for the defeat by the Scots. That's why they need to beat the Colts at Signal Iduna Park. We should not forget about the position of the Black and Yellows in the standings — the victory over Gladbach is the only way to stay in the peloton of fighters for the Meisterschale. Here are the betting options for you to choose from: W1+TO (1.5) for 1.89; H1 (-1.5) for 2.60; Correct Score 3-1 for 10.0.