Borussia Dortmund vs Stuttgart: will the Black and Yellows hammer the Swabians? 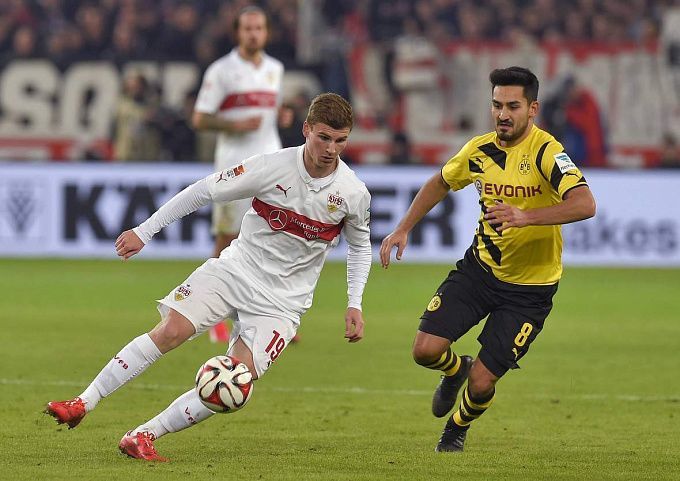 Borussia Dortmund will fight Stuttgart in the 12th round of the German Bundesliga. Both teams experience line-up troubles. In spite of it, Borussia is believed to be a much-fancied team.

For Borussia, the previous round of matches ended up with two defeats within two different tournaments - from Ajax in the Champions League and Leipzig in the Bundesliga. Despite the lost game with the Red Bulls, the Black and Yellows retained second place in the German championship standings. However, now Borussia is four points behind Bayern. Moreover, in case of defeat on Saturday, the team may lose second place in the standings, so there is no doubt that Borussia will take the upcoming game responsibly. As an aside, Borussia's home statistics are the best in the division: +6=0-0, 19:8 goal difference.

For Stuttgart, the last round of matches turned out into a nightmare - not a single victory in five games, but three defeats from Köln, Augsburg, and Arminia. After that, the Reds won over Swiss Zürich 1:0 in a friendly match. Let's guess if this victory will give stamina and a positive attitude to the Swabians. Before the 12th round of the Bundesliga, Stuttgart is in 15th position, which is just one point ahead of Augsburg. Markus Weinzierl's team, in its turn, will probably lose to Bayern Munich on Friday, which means the gap between Stuttgart and Augsburg will not increase.

Total over was reached in 10 last games of Borussia and Stuttgart. We hope it continues in the same vein. After two defeats in a row, Borussia is setting up not just for a victory over one of the outsiders of the championship but a confident, landslide win against the opponent. It is far from certain that Stuttgart, despite victory over Zürich, has recovered and will be able to compete with the Dortmund club. The following betting options are available: