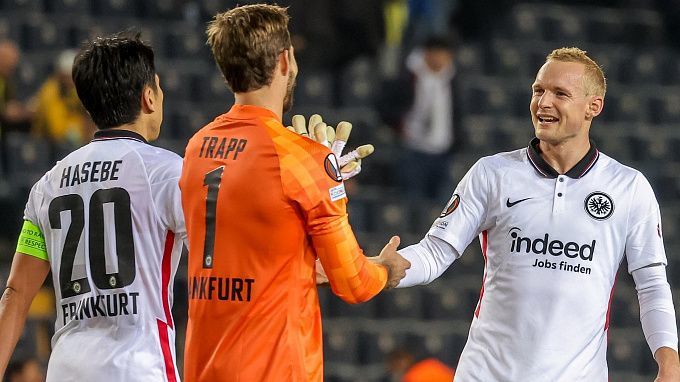 The central game of the 18th round of the German top-flight will be between Eintracht and Borussia Dortmund. Eintracht came alive at the end of the first round, securing several crucial victories that helped them qualify for the European competitions. The bookmakers are siding with the visitors despite the Eagles' progress and the Bumblebees' staffing problems.

After losing to Hoffenheim, Eintracht picked up three successive wins in the Bundesliga, two at home to Bayer and Mainz and over Gladbach. Eintracht finished the first round in the sixth position, just one point behind Bayer, situated in the Champions League zone. We would remind you that Glasner came on as head coach of Eintracht precisely to take the Eagles to the Champions League finally. Eintracht's home statistics are 13th in the division with a 12:8 goal difference.

Borussia has a staffing disaster, as 12 players at once will not help their team in Saturday's game for various reasons. Among those who can' t play are Reus Hummels, Akanja, Bürki and Reina. The Black and Yellows have only beaten the Eagles twice in the last five meetings. Borussia's away statistics cannot be described as excellent either, with just three wins in eight games on a 15:14 goal difference. We believe that the visitors are overrated.

Before the winter break, Eintracht beat Bayer with a score of 5:2. The Eintracht Frankfurt side is unlikely to be inferior to Borussia Dortmund, especially when Borussia has such big staffing problems. Once again, we think that the Eagles are underestimated, so Borussia is overestimated. That's why our first bet is an option on Eintracht's double chance. Overall, we would not be surprised if the club from Frankfurt achieved a fourth consecutive win in the Bundesliga and moved up to the top 4 after the reporting round. Here are our betting odds for the game: 1X for 1.904, TO (3.5) for 2.10, W1 for 3.50.