Eintracht Frankfurt vs Borussia M: The match won't be the most entertaining 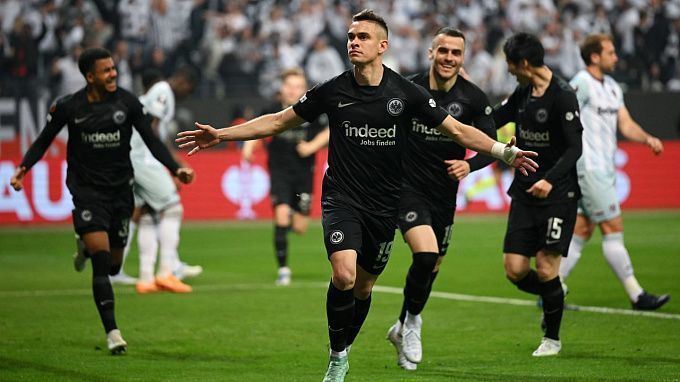 Prediction for the Eintracht Frankfurt vs Borussia M match in round 33 of the Bundesliga, which will take place on May 8. Check the team conditions and choose several betting options.

Eintracht hasn't had the best season in the Bundesliga, but they have reached the Europa League final. They beat England's West Ham (3:1) in the semi-finals without any problems. In the league, the Eagles sit in 12th position with 40 points. The European Cup zone and relegation zone are out of the question. The team can simply play out the season in peace. It is worth noting that Eintracht is winless in six games in a row (three draws and three defeats).

Borussia M is a solid mid-table side in the German Bundesliga. At the end of 32 rounds, they sit 11th with 41 points. They will not have time to catch up with Cologne, who is closing the European Cup zone, as the difference between the teams is 11 points. In their last three games, the Stallions beat Leipzig 3:1, drew with Bochum 3:3, and lost to Cologne 1:3.

The bookmakers expect a high-scoring encounter, but that's not what we think. In the last ten games against Eintracht, the bookmakers' total over is only four times. Let's also take into account the fact that the teams are far from their best form. Borussia has won two out of the last five rounds, while the Eagles have zero. With that in mind, we suggest betting on the total under.