Eintracht vs Hertha: Another win over the Berliners for the Eagles 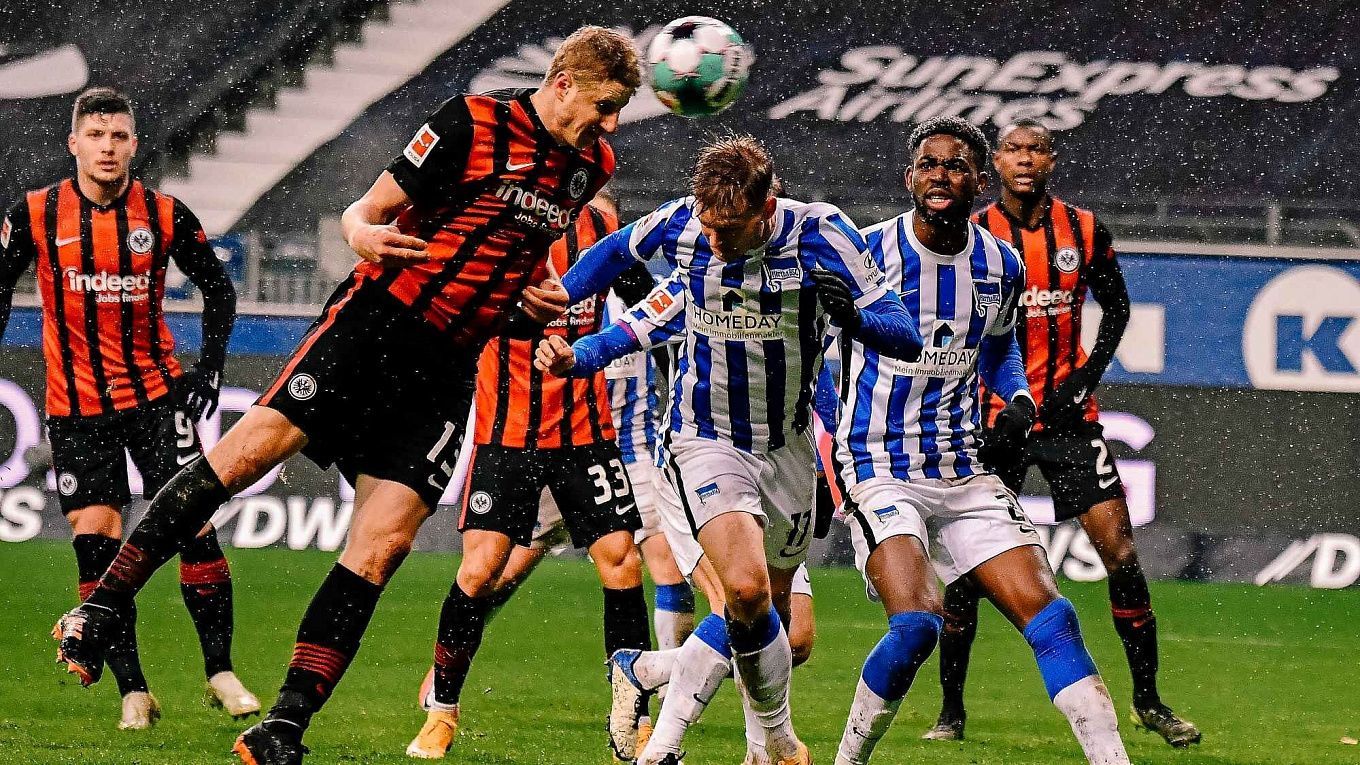 The main pool of the Bundesliga round 8 will feature Eintracht Frankfurt and Hertha Berlin. The capital team has a lot of problems of personnel character, while, Eintracht had shown a great level of preparation before the international break, which we have already witnessed in the game against Bayern.

After losing to Dortmund, Eintracht played 6 consecutive games in a draw, and just before the international break achieved two crucial victories, over Antwerp in the Europa League and Bayern in the German Bundesliga. Thanks to the victory over Bayern, Eintracht climbed to 13th place in the championship standings, 4 points above the relegation zone. By the way, the same gap divides them from Koln, a team in the European cups zone. There is no doubt that the Eagles are set up exclusively to win in the upcoming game.

Even with Dardai back, Hertha is still struggling with the results. It is out of the question that the Berliners can compete for a place in the Eurocup zone. The Old Lady lost their last two matches, first to Leipzig 0-6 and then to Freiburg 1-2. Currently, Hertha is 14th in the standings, two points ahead of Arminia in the relegation playoffs zone. As for their away performance, Hertha enjoyed one win over Bochum with three losses, goal difference 4-15.

Hertha is a convenient opponent for Eintracht as we can see by their last encounters. Eintracht has gained momentum, defeating Bayern last round, which speaks volumes. Hertha, on the other hand, continues to be depressed, it is difficult to find a reason for the prolonged crisis of the capital team, which has a competitive squad to fight for a place in the top 6. Still, the Old Lady is fighting for survival. As for the outcome, let's bet on the home team, and as for the total, we believe that the upcoming meeting will be high-scoring. Here are the options for you to bet on: W1 for 1.784, TO (2.5) for 1.75, W1+BTTS for 3.30.