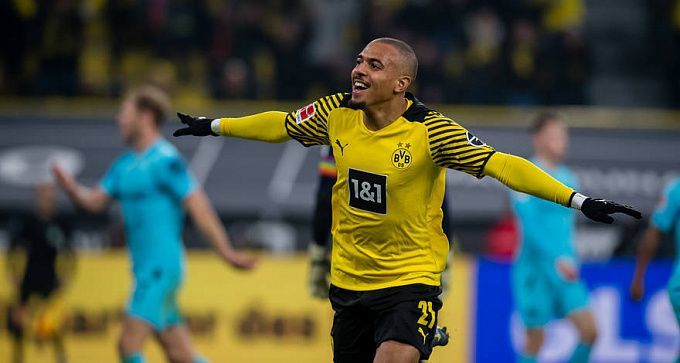 Saturday matches of the German Bundesliga round 17 will end with an encounter between Hertha Berlin and Borussia Dortmund, bookmakers favoring the BVB. That said, let's not forget that Dortmund are very understaffed, and the guests themselves are not as stable as they were at the beginning.

It's been a weak cycle for Hertha, as the team's earned only 5 points in the last five games, beating only Arminia at home. There were also draws with Augsburg and Stuttgart, defeats by Union and Mainz. It is clear that Hertha has problems getting results against the teams fighting for European Cups. Overall, Hertha sits 14th and may very well drop into the danger zone after round 17. The Berliners' home statistics are 12th in the division.

The last round saw Borussia defeat Greuther Fürth, and the day before that the BVB brought back only one point from Bochum, which noticeably worsened their already slim chances to get the Meisterschale. In the Bundesliga standings, Borussia sits confidently in second place, six points behind Bayern. The prediction is being made before the match between Bayern and Wolfsburg, which means that it is possible that on Friday night the handicap will increase to nine points. Borussia's away stats are sixth in the division, +3=1-3, 13-11 goal difference.

Hertha is a very comfortable opponent for Borussia, and we believe that this trend will continue. The BVB have beaten the Old Lady in their last five face-offs, including the three games played at the Olympiastadion. Another thing is that Hertha scored in every match played in Berlin. Here are the betting options for the upcoming match: H2 (-0.75) for 1.75; W2+BTTS for 2.85; Correct Score 1-3 for 10.0.

Kwabena Aduomi
User
Please I want to follow your social media Chanels for more betting tips, can you please link .I love your predictions
0