Hoffenheim vs Bayer 04 Leverkusen: Are the visitors guaranteed qualification for the Champions League? 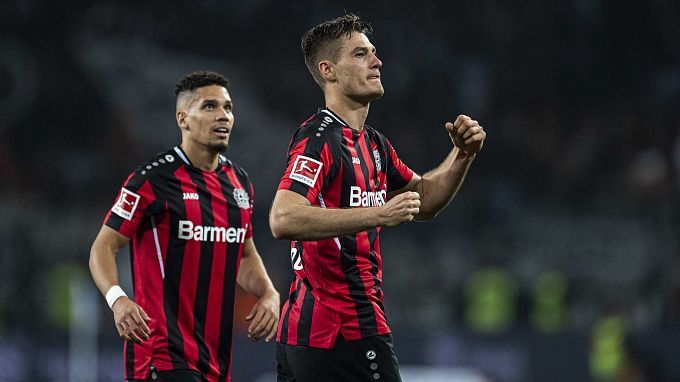 In the thirty-third round of the German Bundesliga, one of the matches will be between Hoffenheim and Bayer Leverkusen. The bookmakers believe that the guests are the favorites to win this encounter. Bayer is not yet guaranteed a place in the Champions League next season, perhaps guaranteed by a win in the upcoming game.

Hoffenheim hasn't been able to win since sixth March. Overall, the team is now in eighth place, which is not a bad result either. A continuous series of defeats has markedly weakened spirits. Frankly, we doubt that the Blues and Whites can take points away from Bayer at the moment, even in a home game. The Hoff side's home record is 9th in the division, +8=4-4, 32:20 goal difference.

After losing to Leipzig on 17 April, the Company's Eleven beat Greuther Fürth 4:1 on the road and confidently defeated Eintracht 2:0. Thanks to those two victories, Bayer is close to guaranteeing a place in the Champions League next season. For that, they need to win the upcoming match. By the way, Bayer's away statistics are second in the division after Bayern, with eight wins in 16 games, which is somewhat surprising against the statistics of previous years.

Bayer has many wins in Sinsheim, which is not typical of German football. The recent poor statistics are also evident. Bayer has won their last two Bundesliga games. Hoffe has missed their chance to break into the European Cup, while Bayer has just one step left to guarantee a place in the Champions League. The first bet is W2 for 2.025.

The Bundesliga is a very productive division. So we expect at least three goals from the upcoming game. Our second bet is a W2+TO (2.5) for 2.62.