Mainz 05 vs Bayer Leverkusen: Bet on the Guests & a High-Scoring Match 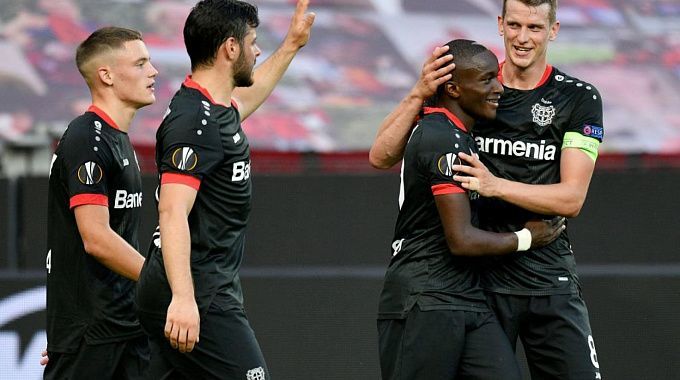 The round 23 of the German Bundesliga will start with the match between Mainz 05 and Bayer Leverkusen. Both teams approach the encounter in good spirits, with a positive streak under their belt. We hope for a productive and high quality game.

After the international break, Mainz played two games in the Bundesliga. The Carnival Club confidently defeated Hoffenheim 2-0 at home, and played a 1-1 draw with Freiburg away. Thanks to the positive results, the 05ers moved up to 9th place in the Bundesliga standings, only three points behind Freiburg in the European Cup zone. Mainz's home statistics are fourth in the division, with only Bayern, Leipzig and Dortmund ahead of them. So Bayer is sure to have a difficult trip to the city of Carnival.

In terms of current form, it is Bayer who is the leader of the Bundesliga. In the last five games, Leverkusen have four wins, one draw, 13 points and this spurt allowed Bayer to climb to third place and pull away nicely from the pursuers in the face of Leipzig, Hoffenheim, Freiburg and Union. Immediately after the winter break, Bayer had two confident victories over Dortmund and Stuttgart and nine goals scored in this period. On the road, Bayer have the second best statistics in the division after Bayern, so on Friday Mainz - a clearly home team - will meet their match, so to speak, Bayer, who tend to perform better away.

In the first leg of the championship, the match between Bayer and Mainz turned out low-scoring, as Leverkusen won 1-0 at the Bay Arena. However, we think that the upcoming game will please us more in terms of performance. Mainz are in good form, having scored regularly in February. While Bayer are well off in this aspect, they still struggle defensively, which is obvious from the last games' statistics. As for the outcome, we take the side of the guests. We expect the team from Leverkusen to extend their winning streak. We would like to offer the following betting options: W2 for 2.20; W2+BTTS for 3.68; Correct Score 1-3 for 13.0.