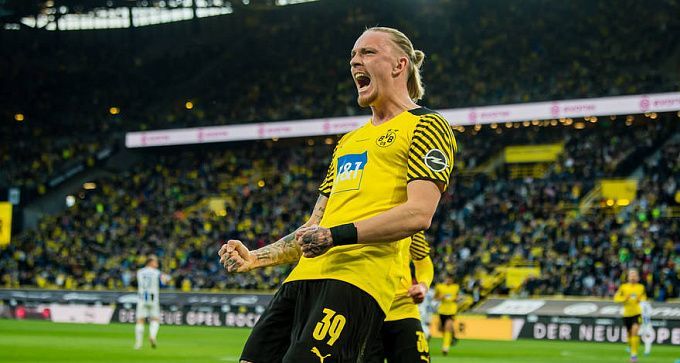 The 25th round match in the German Bundesliga between Mainz and Borussia Dortmund will be played on Wednesday 16 March. The match has been postponed because of a coronavirus outbreak at Mainz. At the moment, illness has gone away and Mainz is ready to take on one of the strongest teams in Germany. However, there are serious staffing problems at the Bumblebees Dortmund, as 10 players cannot be used to help Borussia at the Meva Arena.

It is difficult to say what form the Carnival side is in at the moment. The last match for Mainz was played on 26 February in Berlin, where they lost to local side Union with a score of 1:3. In theory, it is unlikely that Mainz will perform at their best on Wednesday. As for the tournament objectives, Mainz is in the middle of the standings, with no risks of relegation, but also with no obvious chances of fighting for the European Cup. There is a feeling that the team won't mind a draw in the upcoming home game.

Borussia Dortmund is stronger than the Carnival club, which is also proven by the opening round match between these teams, which ended 3:1 in favour of Borussia. However, Borussia Dortmund has huge personnel problems, especially in the defence. Three days ago, Borussia hardly outplayed a weak Arminia side with a score of 1:0. Statistically Borussia had an enormous advantage, but Arminia even shot into the box more times than the Black and Yellows. The absence of several key defenders makes the Borussia Dortmund midfielder spend more time and effort on destruction, which has a negative impact on creation. That said, Borussia needs points, as Bayern lost again in the last round, drawing in Sinsheim. If they win in Mainz, Borussia Dortmund will be four points closer to the top of the table. Borussia's away statistics are fourth in the division, with 50% of their wins and 33% of their losses.

Despite Borussia's staffing difficulties, we doubt that the Carnival players can beat the Black and Yellows. Mainz has been out of action for almost three weeks, which has had a negative impact on the tone. There is no certainty that Borussia will win either. Three days ago, they beat modest Arminia at home, while Mainz, even at home, is a more solid side than visiting Arminia. Here are the odds for the postponed game: X2+TU (3.5) for 2, Draw for 3.88, Correct Score for 7.50.