Mainz vs Augsburg: Expect a rematch from the Carnival players 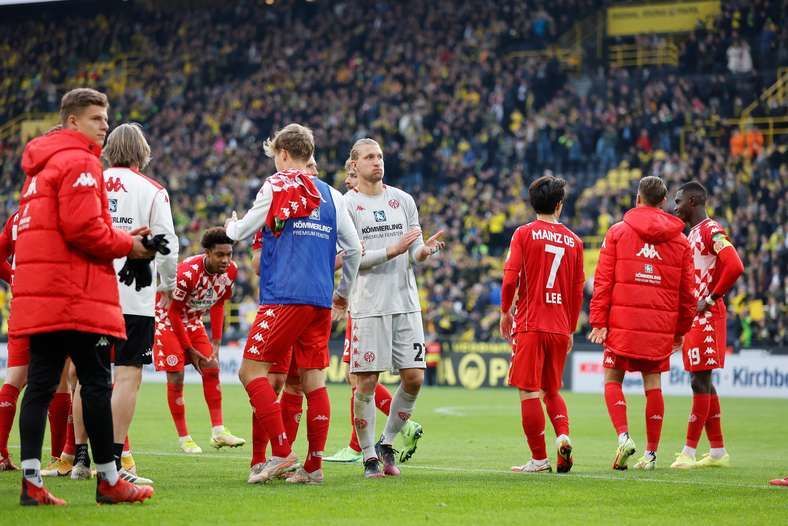 The ninth round of the German Bundesliga starts with a match between Mainz and Augsburg. This is hardly a top-flight encounter in Germany, but it will be an interesting and entertaining meeting.

After a dashing start, Mainz cannot win for four games in a row, and the last three games, against Bayer, Union, and Dortmund, have been defeats. As a result, Mainz have fallen from the Eurocup zone to 11th place, three points behind sixth-placed Wolfsburg. As for home matches, after two victories over Leipzig and Greuther Fürth, the Carnival players drew 0-0 with Freiburg and lost 1-2 to Union. There is no doubt that the 05ers wish to end the unpleasant series with a victory over a far from the strongest opponent.

In terms of the squad, Augsburg are stronger than Arminia, Greuther Fürth. However, football level is unlikely. The Bavarians drew 1-1 with Bielefeld in the last round before losing to Freiburg and Dortmund. Augsburg are in a dangerous zone in the table. They are 16th, one point behind Bochum. Augsburg have the 16th away statistics in the division, +0=2-2, 1-5 goal difference. In other words, the Fuggers score an average of 0.25 goals per away game!

Surprisingly, Mainz are a very comfortable opponent for Augsburg. The Bavarians have beaten the Carnival side in their last five matches, although visually, there has not been much difference in level between these teams in this period. Now, Mainz have a good opportunity to take revenge for their recent failures. Augsburg are not impressive this season, and look at the Bundesliga standings to be convinced of that. Also, note that Mainz are highly motivated after several unsuccessful matches in the Bundesliga, including at home. We want to offer the following odds for this match: W1 for 1.70, Individual Total 1 Over (1.5) for 1.90, W1+Total Over (1.5) for 2.10.