RB Leipzig vs Arminia Bielefeld: the Bulls to win by wide margin 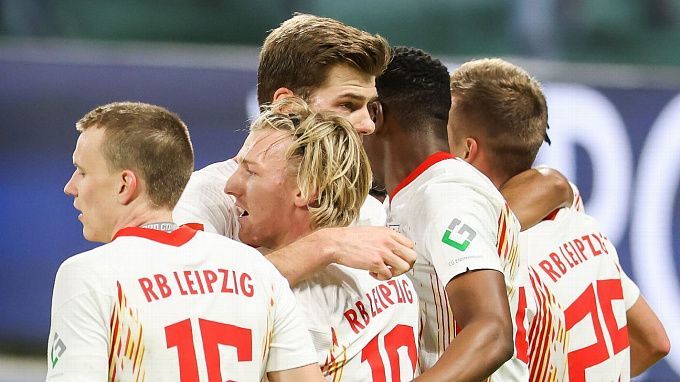 Round 17 of the German Bundesliga will feature a match between Leipzig and Arminia, with the home team the big favorite. The Bulls will do their best not only to win but improve their goal difference as much as possible because Leipzig is clearly inferior to the leader in this aspect.

Leipzig is surely a team that plays well at home. The sixth round of the Champions League saw the Bulls beat Manchester City, and four days later they defeated Gladbach 4-1, both at home. In the last round, however, RB failed to beat modest Augsburg away, the Bavarian encounter ended in a 1-1 draw, despite the Bulls being in the lead for almost the entire match. Leipzig approaches the match against Arminia sitting 9th in the standings, two points behind Mainz in the European Cup zone. The Bulls' home statistics are third in the division after Dortmund and Bayern.

Round 16 witnessed the second victory for Arminia this season. The team from Bielefeld defeated Bochum, one might say their competitor, at home, although Bochum is not going to fight for survival yet. This win slightly improved Arminia's standings, bringing the team two points closer to Augsburg. Now the handicap between the Arminia and the Bavarians is four points. The Bielefeld team's away statistics are 15th in the division, +1=2-4, 4-9 goal difference.

Leipzig and Arminia have played each other four times, with Leipzig winning three times and the other match a draw. It is interesting that the Bulls have won only narrowly so far: 2-1 and 1-0. We think that this trend will be over this Saturday and the Bulls will finally break -1.5 handicap. Again, it is not enough for Leipzig to simply beat the Bundesliga outsider, they have to thrash the opponent, as most of the Bulls' competitors have better secondary indicators. We offer these betting options for the upcoming game: H1 (-1.5) for 1.736; H1 (-1.5) for 1.65; Correct Score 3-0 for 7.20.