RB Leipzig vs Borussia Mönchengladbach: a Long-Awaited Victory of the Bulls 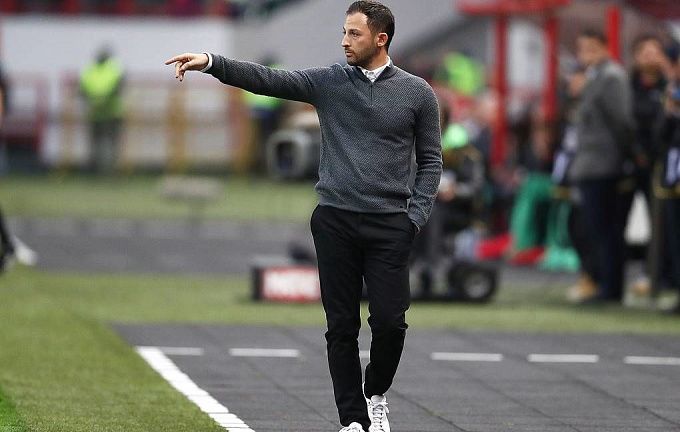 The main event match of the 15th round of the Bundesliga will be a fight between Leipzig and Borussia Mönchengladbach . The Bulls are much-fancied, even though Leipzig had a challenging game against Manchester City in midweek.

The Champions League group stage is over. Leipzig remained in the third position in their group, beating Manchester City in the sixth round. This victory is significant for the Bulls' spirit since they have been somewhat demoralized recently. After three defeats, Leipzig occupies 11th place within the Bundesliga, five points behind Union. During the next three rounds, the team will climb into the top 6 or at least get as close as possible to the UEFA Competitions zone. Worth noting that Leipzig was headed by Domenico Tedesco.

So far, Adolf Hütter is not doing very well at Borussia. It would have been better if the Austrian had stayed at Eintracht. In the last two games in the Bundesliga, Borussia has two crushing defeats against Köln and Freiburg. Hütter is to be fired; that is not a question of if but when. Let us recall that Borussia, on the eve of the 15th round, is behind Leipzig, in 13th position, although before the Bulls were tending to fight for a place in the top 4. What is more, Borussia has five defeats in seven away games.

Borussia is the best opponent for Leipzig to thrash because, in the past five games, the Bulls have beaten the Colts three times. Also, both teams are home, so the location factor is very likely to be decisive in determining the winner. In the upcoming match, we expect the total over to be reached. We offer the following betting options for the meeting: